The womanly side of operations

For the International Women's Week, a women's perspective on technical taking place in factories, or rather, in an industrial center that houses advanced testing facilities.

The Avio Aero Sangone Experimental Center, located on the western outskirts of Turin by the banks of its namesake river, is the site where development and certification tests are carried out on engines, modules and components of the main civil and military programs in which we are involved.

Alice Romanelli, Federica Pellissero and Rosanna Viano are the engineers in charge of testing gearboxes and oil pumps on about ten advanced test benches at Sangone. They are the women who "get their hands dirty" in the experimental centers. Put together, their careers add up to over 50 years of experience and, every day, they conduct delicate operations such as durability, investigation, dynamics and attitude tests on these key aircraft engine components, in close contact with the rest of the company, with the designers of the components, test benches and systems.

Generally, it is not usual to find women in testing rooms for aircraft engine components, and having three of them in Avio Aero is certainly a sign of how the profession of factory engineer is in fact a very important one a consolidated reality for our company. All of them feel like "engineers" first and foremost, and certainly women as well, which is perhaps why they have never experienced, or perceived, gender differences at work. 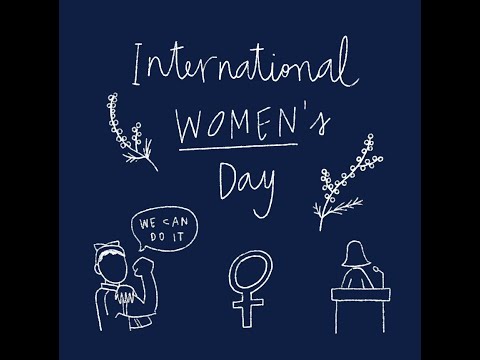 "Differences between men and women? That should instead be asked to our colleagues," says Rosanna, "I never had the perception that gender was an issue. We work side by side every day, with a very high level of interaction, and the relationship is based on professionalism and expertise, nothing else."

"Being a female engineer is no different than being a male engineer," Federica adds with a smile, "The work is done as naturally as possible, I have never perceived any difference in attitude towards me just because I am a woman."

Alice joined the testing team after a stint in the young engineering talent program called Edison and has very clear ideas about "the gender issue? It is definitely a cultural legacy that is overcome by getting to know each other and working together to achieve goals."

During International Women's Week, the focus is on the STEM (Science, Technology, Engineering and Math) identity that Rosanna, Federica and Alice strongly claim. "My journey stems from my childhood, I had a habit of disassembling everything that came within my reach", says Rosanna "I never had any doubt about choosing a specialized technical path, I had some hesitation choosing between electronics engineering and aeronautics: the interest in what flies prevailed, but the aspects of electronics, controls and programming continue to be an important aspect, also as regards my hobbies. They were overjoyed at home, especially since I would start taking things apart outside the house," he concludes with a laugh.

"I've always loved math and physics, but I didn't want a path of study that only showed me formulas so I chose engineering. Everyone at home was in agreement, they left me free to make my own choices," says Alice. "This is what I wish for girls," adds Federica, "to be able to choose according to their inclinations without being influenced by prejudice. Loving your job is the truest and most concrete form of happiness on Earth...I didn't say that, Primo Levi did!"

A sense of challenge is what unites them and accompanies them every day: our components must pass stringent tests and meet high standards. Experimental work requires the ability to respond to unforeseen events and problems, consistent and timely teamwork, and the aptitude to handle pressure without losing sight of the ultimate goal, which is our highest priority: passenger safety.

When they are at the test facilities, Rosanna, Federica and Alice manage their work whilst focusing on teamwork and empathy. Typical characteristics of a woman? “No, of an engineer".

The charming story of a creative talent thrived during harsh times for the whole world and proven to be an aesthetic discovery as well as a good practice for the environment.

Our Time Is Now

Celebrating the 2022 Engineering Recognition Day at Avio Aero: more than a celebration, it represents the huge thank you to passionate, creative and resilient engineers.