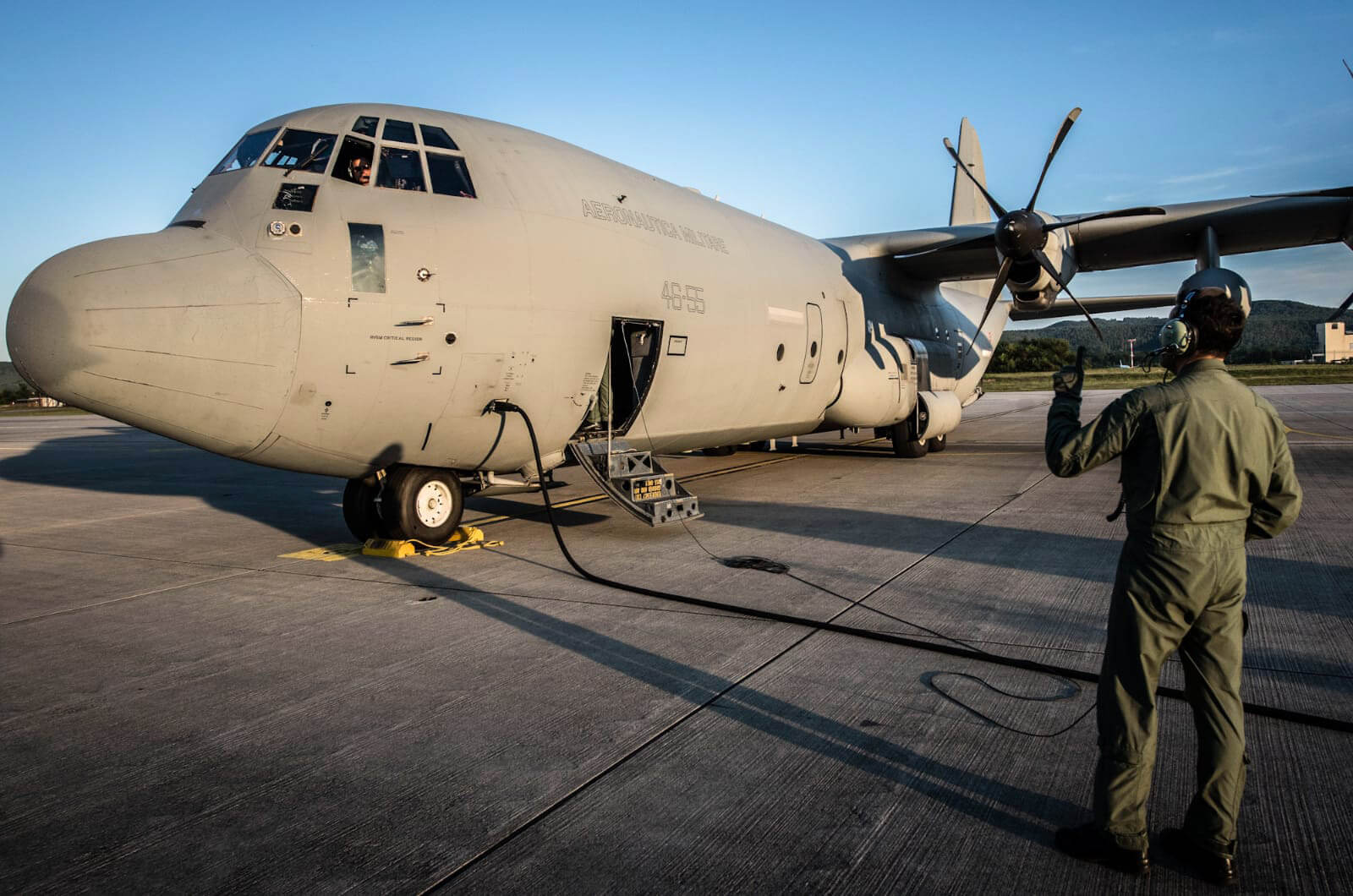 Easter with the heroes

Staying at home or present on field, this year's Easter holidays have been definitively out of the ordinary for many workers, and this story is inspired by many of them.

Heroism was at the center of a recent lexical dispute: is it appropriate to use this term in the current climate of Covid-19? Can the response to this emergency, first aid and also the services guaranteed to citizens by the health service be considered heroic acts or a normal sense of duty?

Perhaps, one can be a hero just for one day (as for the legendary David Bowie), and by the way, under the word "heroism" in the dictionary we find synonyms such as bravery, uncommon courage, fearlessness and (above all) valor. An unprecedented global situation that affects the health of all therefore represents a convincing context for the use of the word heroism. And if we also add humanitarian vocation, a predisposition for good, solidarity or unity to all these semantic nuances and to the global context, it is perfectly legitimate to think that heroism potentially belongs to each of us.

On the basis of this assumption, those who daily carry out activities allowing life (in every aspect) to go on can be classed as heroes. And some acts of heroism seem even more striking. Perhaps because they fly over our heads and got such extraordinary features that they are immediately recognized by the community, just because they represent it: the armed forces, but also the public and national service for example, are among the most impressive representations of a population and exist by means of that population’s individuals they’re made up of at every level.

In the Italian Air Force bases, as well in their Rome and Naples administrative offices, there are about 35 Avio Aero employees and workers: the bases in Treviso, Cameri, Pisa, Grosseto, Gioia del Colle and Trapani receive the support of aviation professionals directly on site, but through these professionals, they also receive the essential support of the company as a whole. Thus, at our headquarters in Brindisi, the official overhaul and maintenance center, a team of experienced technicians is always ready to work on the engines of the Italian Air Force aircraft and helicopters serviced by colleagues working on those air bases.

It is natural that this approach to work involves and affects the whole company, but it becomes even more crucial in a scenario like the one we are seeing today. Just to provide an idea of the commitment and multitude of operations (including logistics support to civil protection and foreign aircraft, repatriation etc.) conducted by the Italian Air Force: as of 7 April, 14  bio-containment transfers of patients were carried out from one hospital to another. While 22 flights were made for the transport of approximately 120 tons of sanitary material and equipment (masks, personal protective equipment, respirators) delivered to 8 Italian regions.

From the Pisa base, the 46th Air Brigade carried out nine of these transports with its C-130J aircraft: five in Italy and the others to Germany. The fleet of the 46th Air Brigade includes Lockheed Martin aircraft C-130J Super Hercules but also the C27J manufactured by Leonardo. Both are large military transport aircraft, the C130J in this case is incredibly versatile. The Italian Air Force has always provided its service with its C130J aircraft, not only for countless international missions in Al Minhad, Dubai in the United Arab Emirates, Libya, Indonesia for the 2004 Tsunami, in the USA for Hurricane Katrina in 2005 and also in Mali, Benin and Gao (for the mission called “Restore Light”), but also for humanitarian operations, for the transport of infants and children in emergency conditions, for disaster relief and, even more so today, for the safe transport of infected high-risk patients.

At Pisa, Gianluca De Donno has been Field Service Representative (FSR) for Avio Aero for about 10 years: "this role has existed in our company for about 20 years, and since I started, it has been a continuous learning on the job... I've taken everything I could from the well-trained line staff of the Italian Air Force, which I keep doing, because you never stop learning".

"I am proud to be part of this: I know and am known by almost everyone at the air force base, I feel like one of them because they it really feels like one big family"

De Donno's path is quite particular: he joined Avio Aero in February 2000 as an operator at the Brindisi overhaul center, "although I had a degree in Sociology of Work and Organizations, with a specialization in Human Resources management, because I dreamed of doing that job ... but then I became fascinated by the role of the FSR and I decided to follow that passion!"

Indeed, for several years De Donno was involved in the maintenance and overhaul of military engines and their components, specializing in assembly and disassembly, even of the complex accessory and power transmissions with all their gears. He has worked on legendary engines such as the T700, the T64, the T58, the LM2500 turbines (used for marine and industrial applications) and lastly he has dedicated himself fully to the AE2100-D3, the turboprop engine that powers the C130J.

De Donno's main mission is, in short, to maintain the highest possible efficiency in the engines of the fleet of the 46th Air Brigade, so that they are all always operating and performing. This brings with it responsibility, a high level of attention and commitment on a daily basis, for every single maintenance, overhaul or repair intervention carried out on engine components or modules (the power transmission is crucial for a turboprop). Along with all this, a systematic and solution-oriented approach to any type of obstacle or technical problem affecting the engine and every single accessory.

FSR's work is constantly connected to that of its colleagues in the Avio Aero offices and factories, in fact the FSR and its team located in the field (or rather at the airport, on the base) operate as a synergic bridge between the customer (the  Italian Air Force in this case) and the company. "I have contacts and exchanges with different functions of course, but the most intense and frequent are with the Customer Support and Program Management teams in Brindisi or Rivalta," says De Donno. "As with Marco Russo, for example: he is first a friend of mine and then a colleague, we joined the company together and he saw the creation and development of the AE2100 program... he knows that engine like the back of his hand and has an infallible memory, so I always trust his advice and sometimes he even reaches me on the air base when we start investigations on engines, for example. For me, he's a guarantee!"

And just as for those who work in the factory, habits have changed and containment measures have been introduced on the base too: "from day one, military personnel have ensured the presence of masks, gloves, safety distances, sanitization of environments", De Donno says. "Although there are three-weekly rotations to avoid overcrowding, nothing has changed at an operational level, the fleet must be kept at maximum efficiency levels... also because the Covid-19 emergency aircraft, both for transport in bio-containment and for medical equipment, fly almost daily".

Air transport in bio-containment mode is a unique capacity of Italian Air Force, the only one in Europe together with RAF, and it allows to fly infected patients safely and in total isolation

Among Avio Aero's experts working alongside the Italian Air Force, located in the various Italian regions, there are those who manage to travel daily from their site to the base (for example, from Turin to Cameri or from Brindisi to Gioia Del Colle), and also those who do not live far from the base. Like De Donno, who is lucky to have his family in Pisa but knows well that there are colleagues who in this situation (maybe for Easter days) could not travel. Who knows, reading his final comment might spread some heroism to them too... at least for one day.

"I believe that the 46th Air Brigade is a national pride for all the assistance provided, not only to the Italian population but to the global population. Above all, because it carries out its role with discretion and silence, with a spirit of devotion and sacrifice, commitment and adaptation. I am proud to be part of this: by now, I know and am known by almost everyone at the air base, I feel like one of them because they make me feel like that. We work, sometimes even having fun, we talk and much more... it is really like one big family. My wish is to be part of it for years to come, to raise my two children in this beautiful city, helped by a fantastic wife. But if one day I had to leave, no matter how very sorry that would make me, I would carry a piece of life in my heart that helped me grow and become a better person"

The engineer who in Avio Aero is leading the development of one of the most important projects in the European aviation industry tells why GE Catalyst is ready for defense applications.

Jobs on the frontline

The Avio Aero professionals who are always watching over the health and safety of their colleagues, carrying out work that may seem obvious until the most unexpected of events.