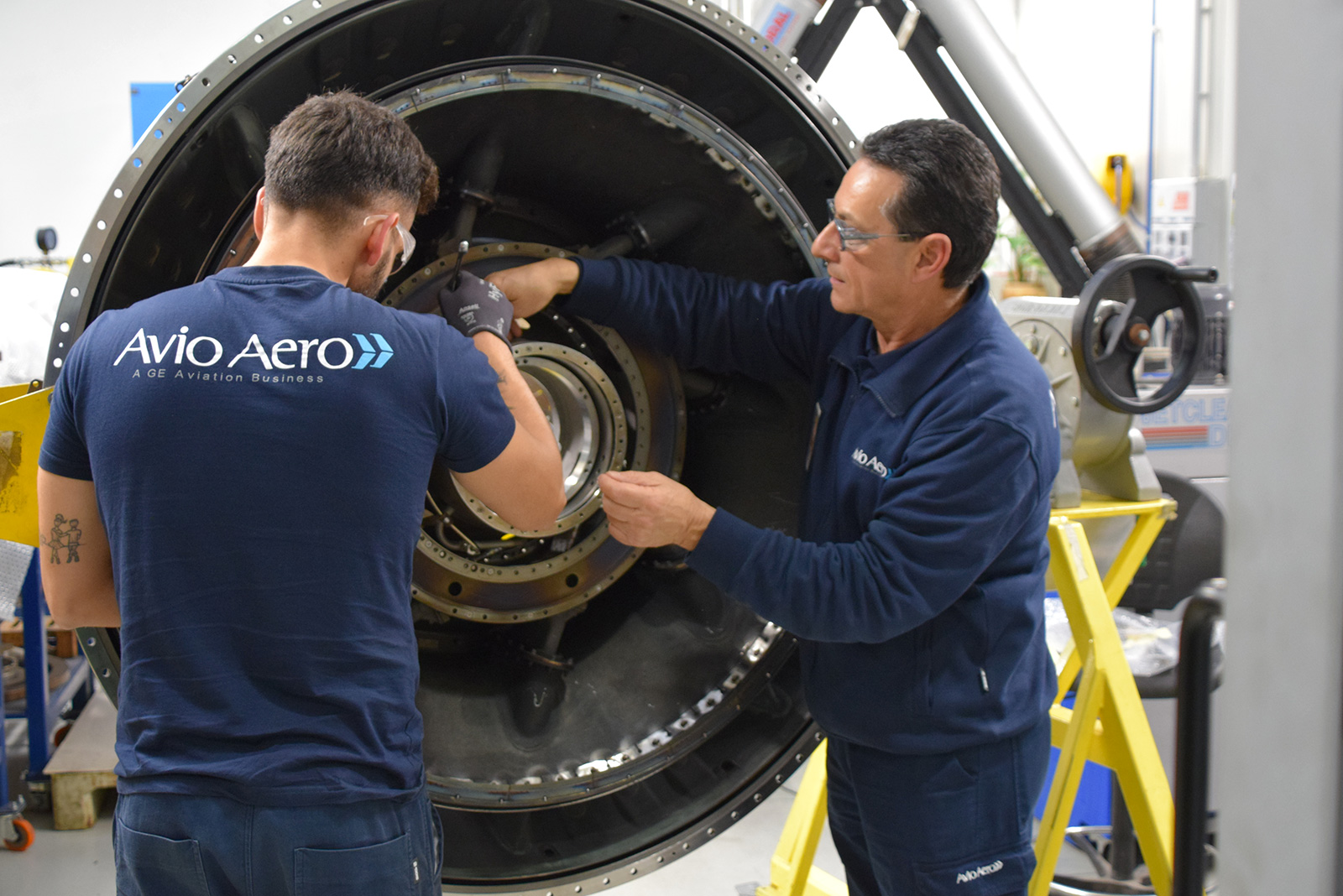 Transferring professionalism and technical skills from generation to generation means value for the future and business continuity, like the story of Salvatore and Elvis can tell.

Baby Boomers, Generation X, Millennials, Generation Z, and Digital Natives. These are the most globally-popular derogatory names that identify those born in a specific period, or better, in a specific decade of the 20th century rather than in another. Generations flow from one to the next, exchanging resources, concepts, traditions, and experiences of all sorts, based on the context of their social identity.

In the working world, it is fairly typical that a profession be passed on, or taught, with its techniques, be it a small home-based enterprise or large industry. Specifically, the aviation industry consists of a series of processes and machining techniques, and other operations that require practice and skill. Therefore, the older generations are the custodians of significant concepts and teaching to pass on to the younger ones.

The Avio Aero plant in Brindisi, for example, has an exceptional operative variety: among the ultra-modern technologies, like additive used for manufacturing the Catalyst engine and the automated lines in the digital factory, the industrial area is also home to the CRO (Component Repair and Overhaul) area which deals with civil or military aircraft engine parts. Within this area, Salvatore Colella is an institution: "For more than 30 years, I have been in love with service. It differs from the production of new components because it does not involve just making something that has been designed, executing the predefined shapes and processes. Rather, it means working on something more fascinating, bringing back to working condition mechanisms of a product during its active life".

The variety of the cases and the taste for discovery that characterizes aeronautical engine service immediately grabbed Salvatore's interest. Born in 1956, he got his diploma from a professional institute with the qualification of mechanical constructor and began his career at FIAT in Turin, at the Mirafiori plant. "It was 1978, I had just finished my military service, and I became part of the automotive production, working on presses," tells Salvatore. "Then, thanks to a training course, I became an expert on machine tools with numerical control. In 1989 I had the chance to become part of what was then FIAT Aviation, right in my city of birth, Brindisi."

"You can see right away if youngsters at work have the drive, if they have a certain mentality and approach to their work: what I always tell them is to forget about insecurity and shyness at work"

In what is now Avio Aero, back then Salvatore discovered his passion for the world of service, for example working on the J79 turbo jets of the infamous F104 fighter and benefiting from the experience and training by older veterans and experts who had worked there for many years. "I began to become familiar with this world that drew me in right away. So far that I became one of the older workers training the younger operators and engineers, even as a Process Leader of our machining area."

This is obvious not only because many young workers at the repair center in Brindisi know Salvatore and work with him on a daily basis, but it is also comprehensible from the words of one of them who has always been enthralled by the world of aeronautics: after his first attempt to join Avio Aero in 2016, he was successful to fulfil his dream on his second attempt. Seven months ago, Elvis Damasco was hired at the Brindisi plant and, once assigned to the CRO, his mentor was Salvatore.

"I worked as a locksmith, and then in the field of wind turbines, but I was in love with the idea of aeronautics because it is a field that requires a high sense of responsibility. It puts you in contact with the most advanced technologies. In such a large company, you can be a professional and work with a group of people who treat you like family," says Elvis.

During his path of ambition and approach to the world of aviation, Elvis had even taken a course as an aeronautical assembler. He continued: "It was more of a theoretical course based on the airplane and its components. Learning from Salvatore and working in the plant in Brindisi was like starting from scratch and learning how an engine is made, knowing how to disassemble and reassemble it perfectly, performing up to 30 processes on individual parts so that they can fly again safely."

Salvatore has faced with enthusiasm industrial conversions, and changes in processes and technologies. Furthermore, he has assimilated crucial skills for quality assurance and respecting customers' timing. He knows very well how to train new hires and younger colleagues, spurring their curiosity and commitment, stimulating debate and cooperation. "You can see right away when someone is new to the company, if they have the drive, if they have a certain mentality and approach to their work," says Salvatore. "So you realize what learning time they need."

Something that Elvis showed he had, like his personal experience shows: "Every time you ask him a question or raise doubts, you never get the impression that you have done something useless, nor do you feel uncomfortable. You always get a reply and have his support."

After working 43 years, Salvatore will retire at the end of December. "I will finally have lots of time to dedicate to my family and my garden. But I certainly will miss all of this. The youngsters are brilliant and are at ease with all these new digital tools, and the only thing I always tell them is to forget about insecurity and shyness at work."

Elvis was born in 1993. At that time Salvatore was a 37-year-old full of energy and building his aeronautical career. But if you look at them, it does not seem as if there is much generational distance between the two. Indeed, when asking his colleagues what qualities Salvatore has that the entire team will miss, his answer is immediate: determination and energy.

STEM from customer to customer

A new story of women and technology, from Pomigliano d'Arco, presenting the role of Gabriella, who followed her family’s instinct to pursue an industrial career.

There is a spark that turns on the passion for technical-scientific disciplines and continues to shine in the eyes of those women committed to the industry of the future.