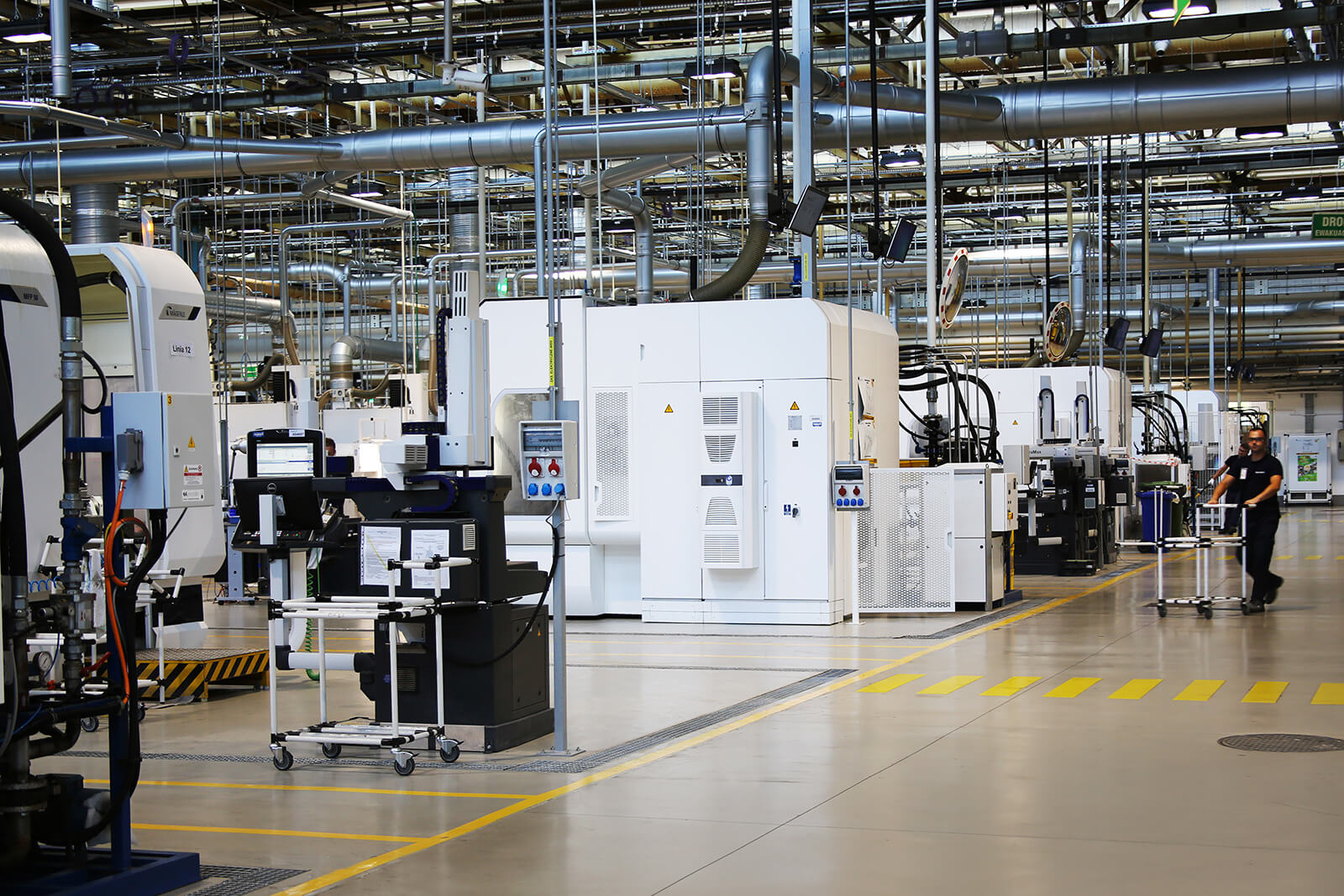 At the speed of Lean

Industrial transformation takes advantage of the lean philosophy to improve 360° manufacturing operations, from speed to reliability, quality, and, of course, safety.

The Lean Manufacturing philosophy, dating back to the 1950s, differs almost entirely from traditional manufacturing. The main differences are implementation of continuous flow instead of bulk manufacturing, and also the goal of radical decrease in stock. Most importantly, however, is the involvement of all employees in improving manufacturing processes. This is the key principle of this working philosophy.

At the Avio Aero plant in Bielsko-Biała, there are many “lean” examples and at the core of the lean philosophy here is the engagement of all employees, especially those working in areas with the highest improvement potential. Last but not least, it is founded on mutual respect.

How can you make your work safer, easier, or more efficient? What options can you see to improve the organization of your work, area, position, or process? Looking for answers to these questions means stepping onto the improvement path and embracing this philosophy.

One of the 2019 lean priorities was to speed up the retooling of grinding machines on the shop floor, and this has actually triggered more changes. Those who took up the challenge were Zbigniew Baguda and Sławomir Jasiura. As part of their respective roles – Zbyszek holding the position of Production Engineer and Sławek dealing with setting up the machines, both within the area where LEAP engine stators are manufactured – they implemented a few improvements which then went onto influence the way work is organized across the entire area. The final effect allowed retooling time to be reduced and machine breakdowns to be decreased, as well as offering a valuable increase in manufacturing flexibility.

They developed a software, named the Production Status File, which is able to monitor a machine’s work status in real time, as well as download and store data. The software can display the wear of tools and devices used for manufacturing a certain number of blades at any given time by given machines.

As Zbyszek Baguda explains, “In order to enable quick retooling of a machine, we have created so-called packs, stored in the Production Status File and made up of two components: the first being the software, which includes all software data to be run, such as production software, tool storage status, up-to-date corrections for operations, and allowances in positions of devices. The second component is the hardware, i.e. tools and devices. Once it has been removed after any operations, the tool set is moved to a dedicated trolley, which is then sent to another shop area to await subsequent retooling”.

Thanks to this brilliant idea, the team ensures that settings can be repeated during the subsequent launch of production for a given part to be manufactured, and consequently guarantees identical quality for each part. The dedicated trolleys mentioned above come from another powerful lean practice, known as Moonshine, allowing trolleys and other tools to be planned and prepared directly on the shop floor.

The team also drastically limited any risk of errors in software usage, thanks to additional improvements. “Each tool used for machining has been assigned a unique classification number”, Zbyszek tell us. “The number also defines dimensions and type of configuration, thus enabling us to dedicate a specific machining process or, while retooling, to consider each feature and introduce the relevant corrections.”

The implementation of this solution allowed a huge amount of data on the status of the grinding wheel’s wear at any time during the production process to be stored and archived, thus increasing tool efficiency by reusing tools for a subsequent operation.

Other smart improvements in the machine retooling process are the changed and standardized algorithm that allowed differences in nozzle dimensions to be reduced and thus enabled smooth changeover between machines. In addition, the creation of the autocorrection program - which enables automatic communication between the measurement and the machining within inside the same cell and independently corrects any imprecision in part dimensions - also played a significant role and increased retooling speed.

On the basis of the Total Productive Maintenance methodology, the LEAP area employees Sławomir Jasiura, Zbyszek Baguda, and Bogusław Mazur, supported by David Zaziębło started a series of training sessions for operators. This ensures that each operator gains the same amount of knowledge needed to work in the area and also has the opportunity to learn the importance of maintenance activities on machines and devices.

The new tools and methods in the LEAP area at Bielsko represent a tremendous continuous improvement model implemented through a step-by-step method. It is estimated that these solutions and improvements will shorten machine retooling time, in some cases, from sixteen to three hours.

At the core of the lean philosophy here is the engagement of all employees, especially those working in areas of the Bielsko Biala shop floor with the highest improvement potential

Engagement of individuals and inter-functional cooperation were paramount to put the lean methodology into practice. That’s why the Bielsko-Biała Team, putting their trust into this philosophy, set up the Employee Suggestion Programme, where ideas for improvement can be submitted via a box placed next to the canteen, or even online. Stay tuned, the next brilliant lean idea could come at any time…!

How are you today, Machine?

At the Avio Aero plants, the digital transformation goes on and involves also the teams that guarantee the efficiency and performances of both production and machinery.