Part of public opinion has a somewhat distorted, and often suspicious, image of the digital sector - particularly in regards to the "brains" working within the companies that invent, promote or discover new frontiers for information technology. At the same time, another part of the community is the fan club: the fervent, or not-so-fervent, supporters of digital. The meeting point between these two factions could perhaps lie in the actual knowledge of the products of digital companies, as well as (and especially) learning from the professionals that are creating these products and working in these companies.

Amazon, for instance, is currently the leader in the digital industry: founded in 1995 as one of the very first online sales sites (in Italy, it was the very first), where at its beginnings you could purchase mainly books and later you could buy CDs, LPs and even DVDs. As it has grown - just as all new companies in history have grown as a result offering the innovative product of their era (Henry Ford and the car in the late 1800s, Olivetti and the computer in the mid-1900s) - it has become the leader in e-commerce. Nowadays, you can literally but anything on Amazon, and then have it packaged and delivered to your home. Amazon has also expanded its range of offers and services, as those of us who have continued - at an increasing rate - to read books, listen to music and watch movies have been joined by others who search for clothing, cars, homes, holidays or any other goods at affordable prices, all of us selecting on our screens on a global scale. Just as with individuals, companies too have shown a desire, or often a need, to take advantage of the benefits provided by the web, software and, consequently, their creators.

Yet several years ago, GE became the first industry in the world to use an industrial cloud, called Predix: as those working there know, this online platform is used to host and create applications, software or IT tools that are useful for working in the group's factories, for products leaving these factories (such as engines and their digital handling by customers) and for the factories’ basic processes. "Predix was born for the Internet of Things (IoT)", explains Davis Quirico, Principal Digital Technologist at Avio Aero, who is one of the professionals engaged fully in digital production, albeit not for a Digital Industry (such as IBM, Microsoft or Amazon), but rather for a Digital Industrial Company, such as GE. "Amazon Web Services (AWS) has always been a strategic partner for GE, despite not being in the same sector. When you transform the industry by providing it with digital resources and tools, you need to work with the best information technology players: rather than creating software or applications for telephones or computers, our business is making components for airplane engines. However, these technologies allow you to obtain unprecedented advantages, both for workers and the end customer".

Antonio Aga Rossi, Principal Solutions Architect at AWS, personifies - and exemplifies - the collaboration referred to by Quirico: he has grown professionally within the field of Information Technology, spending sixteen years working for various GE businesses before landing at Amazon. "The cloud has become the norm. Businesses of all sizes are developing new apps in the cloud. In particular, companies of the caliber of Avio Aero are no longer asking themselves whether they should move to the cloud... but how fast they can do it", he says, demonstrating a sound knowledge of the - not purely digital - context in which traditional industry is developing. "Avio Aero is a case in point as to how companies can develop or rewrite applications in a short time, enjoying the benefits as regards flexibility and agility that cannot be achieved with traditional technologies”. This helps to understand the meaning of the cloud: programs - or software - and data do not necessarily need to be installed and running on a server, workstation, or physical device. The cloud is the virtual environment in which they live and work. 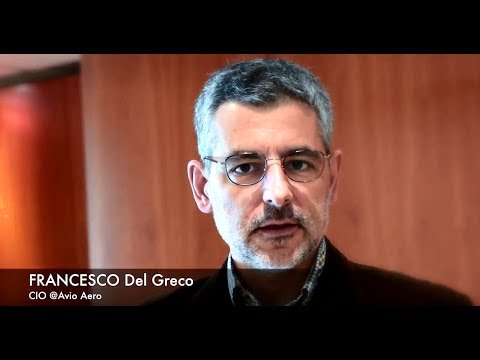 The application (or app) was developed by Avio Aero’s Digital team together with the company’s Finance team thanks to AWS Lambda technology. "This is an online tool for requesting invoices from customers. Its main users are the teams engaged in Program Management (i.e. the requestors) and the Active Cycle (the invoicers)”, says Paolo Virone, IT Finance Manager for the project. "With this tool, we can monitor the process without having to rely on long and cluttered emails, and create direct real-time collaboration with all stakeholders involved. While talking to Avio Aero's Digital team, it becomes clear that digital transformation in the traditional industry definitely comes from within and primarily involves the work of its employees. “Digital transformation must start with the way you work and the tools you use every day so that this can then be incorporated into the product you sell to your customers”. This app from Avio Aero is the first to be developed with serverless technology, which, as the Digital team explains, has improved the user experience by ensuring better performance in terms of speed, usability, stability and capacity.

This is the essential point of connection between digital and traditional companies: the former enable the transformation of the latter by way of computing solutions, technology and inventions. This is precisely the case of Amazon Web Services Lambda technology, which allows you to write, develop, create and test these applications or tools without having to purchase any hardware (i.e. the physical device - the server). "Serverless technology allows developers to focus on what they want to build instead of worrying about managing the underlying infrastructure as well as ensuring efficiency, since the cost is that of the service used (calculated in hours and byte of memory space) rather than the infrastructure," explains Aga Rossi. "This approach is enjoying success in Italy, including in sectors far removed from the industrial sector. This is the case, for instance, of PhotoVogue (by Condé Nast Italia), an online photography platform that allows budding photographers to showcase their work, as well as providing them with the opportunity to publish their own photos in Vogue or to be selected by international photo agencies. Each image sent is carefully examined by the editorial staff at Vogue Italia, who make sure that only the highest-quality images are displayed. Thanks to serverless technology, the user experience is up to 90% quicker both for photographers uploading images and the editorial team processing them. As an example closer to the industrial sector, we can cite Pirelli’s project for a 'connected tire' service, which monitors tire use and keeps drivers informed via a mobile app.” 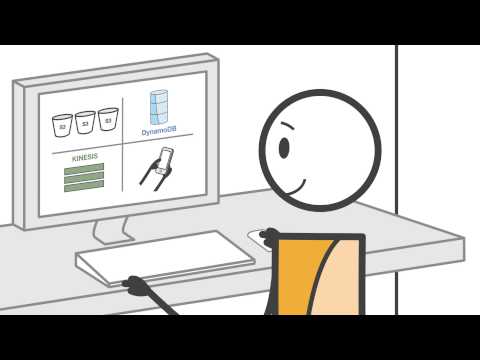 The perspective of those working to create and operate each digital product is invaluable, since we often overlook the fact that behind these tools - which, in all their staggering speed and simplicity (often dependent on the familiarity of the user), we as individuals are using constantly - lies a highly complex work formed by expensive structures and algorithms decipherable only by the "brains" mentioned at the beginning.

If we take a curious yet current example... every day, Netflix, the American broadcaster that is sending cable TV all a-quiver, manages thousands of terabytes (one terabyte is equivalent to 10 million of the most common form of megabytes) for over 50 million customers worldwide while offering 7 billion hours of video content to the comfort of their personal devices. As a result, Netflix has decided to use AWS Lambda technology to manage and control this huge - and constantly growing and expanding - flow of data and files, which is subject to the usage needs of its numerous customers. How does it do this?

By avoiding a myriad of acronyms and technical terms that would be frustratingly incomprehensible to anyone other than computer experts, it does not fill up servers and may even leave them unused for long periods of time. Yet, with high levels of memory and computing efficiency and capacity, it manages to suspend these servers and use them only if they become necessary, or any event requires them to be used. As if they were floating on a cloud: always available.

From a wrench to a tablet

Digital transformation involves the way people work, their professions, and even their work tools, both in offices and in factories.