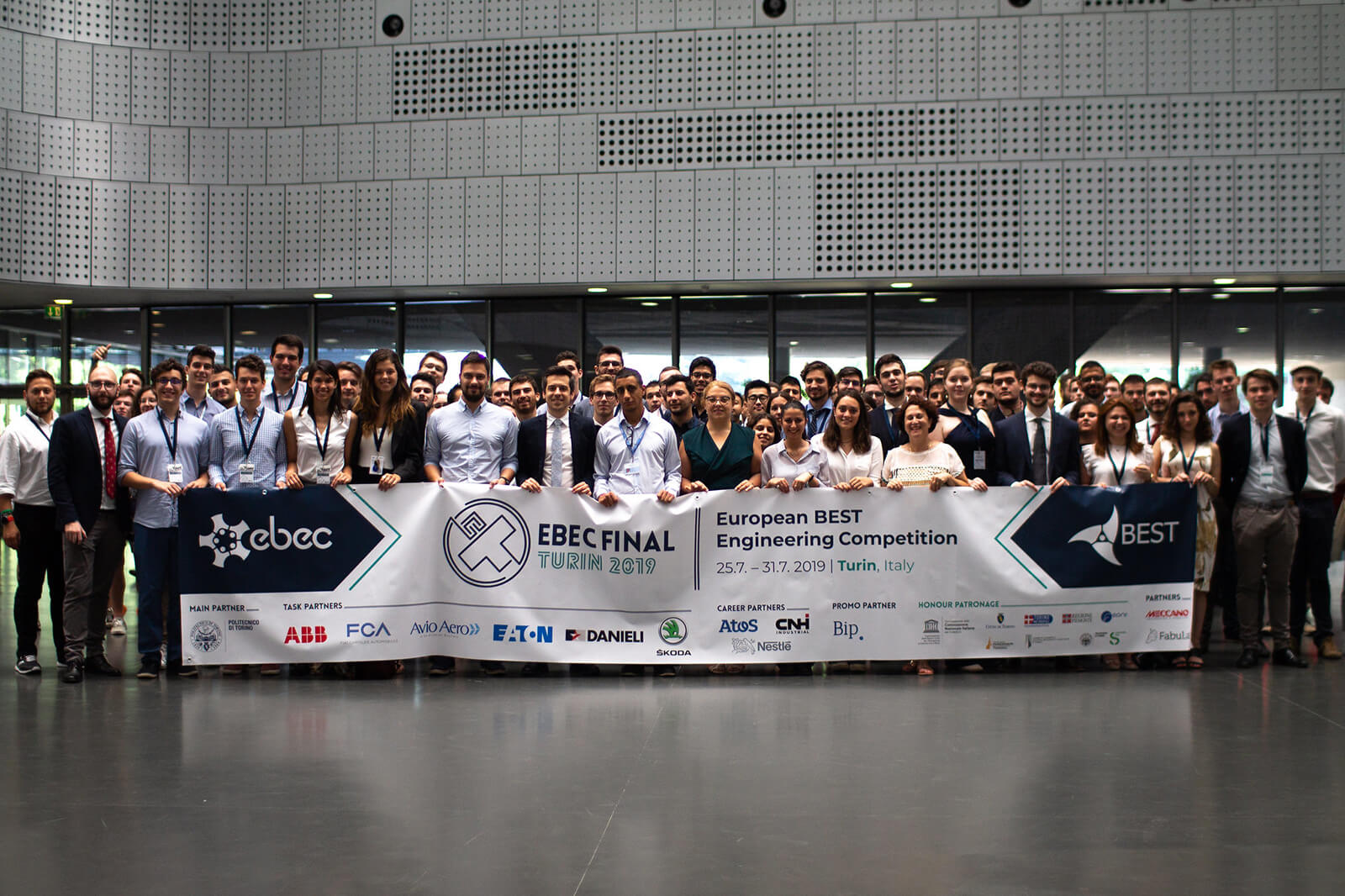 And the Winner is...

Avio Aero sponsors EBEC, the competition deemed the "Champions League" of engineers in the university world, which rewards the brightest minds during the final ceremony.

Turin has just finished playing host to the final of the EBEC (European BEST Engineering Competition), the annual competition organized by the BEST (Board of European Students of Technology) association, which every year sees the best young engineering minds from all over Europe compete.

During the five days in Turin, the 120 finalists, selected from over 6,000 students after 84 national rounds, were put to the test in two categories: the Case Study, which involved analyzing an engineering issue and looking for a theoretical solution, and the Team Design, which saw students build and present real engineering prototypes; all with time restrictions and limited resources. The proposed challenges were created in collaboration with national and international companies, including ABB, Danieli, Škoda, FCA, Eaton and Avio Aero.

Among the case studies used to judge the young people was that of Avio Aero, which, as sponsor, assigned a special engineering challenge to the groups of participants competing for the final. The young talented individuals were called upon to design a hybrid aeronautical propulsion system.

The students had predefined hybrid and non-hybrid packages at their disposal (motors, batteries, generators, etc.), all with precise technical specifications. The aim of the game was to come up with the best combination of these packages that, in view of the technical characteristics of each element, would enable the most efficient hybrid flight, in terms of fuel consumption, costs, and above all, emissions. Avio Aero's engineers, Marco Del Cioppo (Sub-Section Manager for Aero Dynamics) and Pietro Molesini (Thermal Dynamics Engineer), were very enthusiastic in their role as the young people’s tutors throughout the test and above all, as judges for the final result.

For Avio Aero, the end goal of this competition was to give students the opportunity to get involved, think outside the box, test their theoretical knowledge, and develop creativity and other soft skills by applying themselves to issues they might expect to find in the world of work. With dynamism, multiculturalism and innovation, the goal was more than achieved. As Marco Del Cioppo said, "many had brilliant intuition, proposing winning combinations and working as we had hoped: thinking outside the box in order to achieve innovative ideas."

Many of the projects had an impact on the judges, but, after a long selection process, a winner was chosen. The winners were the Benelux Team, who understood better than any other team that the ratio between the power that must be generated and the load capacity is a key factor in deciding the size of a propulsion system.

"It took a lot of work to prepare the challenge assignment, but we’re satisfied with the bridge that has been successfully created between the company, universities and students"

"The event was organized perfectly. I really enjoyed spending time in close contact with the students, as there was a slightly different atmosphere. Even us industry professionals, got the chance to play around a bit", says Marco, adding that he was particularly pleased with the praise he had received from students for the engineering task they considered to be the most challenging. "They told us that, ‘it was very difficult, but it was also one of the first chances we’ve really had to apply our engineering knowledge.’ It took a lot of work to prepare this task, but we’re satisfied with the bridge that has been successfully created between the company, universities and students".

"Our case studies are designed to be exacting and extremely realistic, precisely because we want young people to understand that these are the elements we are looking for when we hire them, i.e. those that the labor market and technical departments of large companies require", says Selene Santacaterina, Lead Employee HR Management Specialist at Avio Aero.

BEST is a non-profit student association founded in 1989 that, besides being the organizing body behind EBEC for over 30 years now, creates initiatives to facilitate scientific cooperation and exchange opportunities for students from 97 universities in 32 countries around the world.

Avio Aero engineers engaged in a new educational endeavor, purely aeronautical, with the aim to become the primary medium of exchange between the university and the company.