With long experience in the maintenance and repairs of large aero-derivate turbines (LM2500, LM6000) for naval and industrial application, as well as of military aircraft such as the Eurofighter Typhoon (powered by two EJ200 turbojets) or the AMX (with its turbofan Spey MK-807 engine), the Avio Aero plant in Brindisi is home to one of the longest-running specialist centers of excellence for Service Support activities.

This is also the place where maintenance is carried out on engines from the General Electric T700 family, fitted on the helicopter fleets of Italy’s Navy, Army and Airforce. 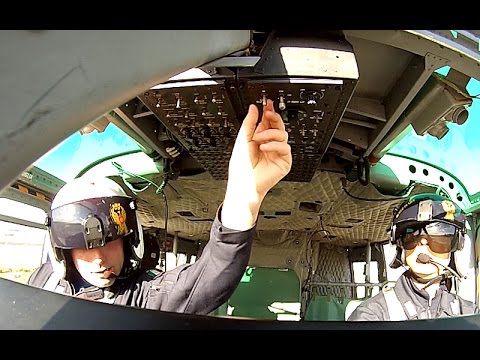 For over 20 years now, the Brindisi maintenance center also checks and services the Pratt&Whitney Canada turboshaft engines of the PT6 family which are part of the Police Force’s fleet.

The Police Air Division entrusts our service specialists with its helicopters dedicated to public order and safety, landscape protection and – as unfortunately happened recently – to emergency operations such as those needed after the earthquakes in central Italy.

Counting only its activities concerning helicopters, this team carries out over 40 missions per year… some lasting for just a few days, others for several weeks. The main element in these missions, as far as Italian Police Force helicopters are concerned, are the Twin-pac PT6T-6 engines mounted on Agusta-Bell 212 models, vehicles with a rotor disc of 14.63 meters which can carry 15 people counting crew and passengers, highly effective in utility and multirole contexts.

Our experts’ missions include engine-focused operations and activities of a periodic kind (maintenance) and extraordinary kind (corrective)… this may include the substitution of internal or external engine parts, including accessories, valves, spacers, sensors, filters, start-ups, adjusting operational parameters, troubleshooting and hot section replacements.

Ever since last August, on account of the devastating earthquakes that have struck the provinces of Rieti, Ascoli Piceno and Teramo (all located in central Italy), the number of helicopter flights carried out by the Police Force has risen sharply, and consequently the Brindisi Service Team has stepped up the frequency of a series of preventive maintenance operations, in order to guarantee full operational readiness for the 11th Police Flight Department in Pescara.

The team operates constantly at all its client’s bases, offering expertise and professionality and guaranteeing full satisfaction of the requirements. In the case of the Police Force, the team operates in nearly all the eleven Flight Departments scattered the length and breadth of Italy (the main ones, apart from Pescara, being at the airports of Malpensa Milan, Capodichino Naples and Rome, Pratica di Mare).

Giuseppe Briganti welcomed us to the base, introduced us to the Service team and gave us the opportunity of witnessing how the cooperation between our specialists and the Flight Center personnel provided an extraordinarily effective example of “how to deliver results in an uncertain world”. As the Operative Director continued, “a professional tries to imagine in advance what a given operational scenario may demand, and tries to equip his team with the tools necessary for efficient operation. In this sense, we have a wonderful collaboration with the National Alpine and Underground Rescue Corps, and also with the OPSA helicopter rescue system of the Italian Red Cross. The most important tool of all is willingness, along with training. And knowing how to prepare yourself, always respecting safety margins… essential for carrying out any mission. Sometimes we have to confront the unpredictable: as Lawrence of Arabia said “nothing is written in advance for a man of action”. One has also to give oneself rules and parameters to respect, to have long experience and massive know-how: today, these things are required of company personnel, and also of us policemen, as of all aviation operators.”

“Supporting your product when it’s in service is a unique opportunity for developing customer lock-in: over the years, accumulated experience has contributed to Avio Aero’s rock-solid credibility and trustworthiness, as well as creating a reserve of know-how matured on the PT6 engine, which will stand us in good stead in the imminent phase of the T700 project as it comes to maturity”… explained Alessio Gerardi, speaking for the whole Brindisi team.

Regarding the relationship, the operational activity and the interventions at client locations, Christian Ferrari concluded by explaining that “these are extremely delicate operations, involving technical support and customer contact, and so require both great know-how and notable sensitivity towards the technical and logistical needs of the entities that contact us. Working side by side with clients and at their bases requires great flexibility and humility in approach as well as great determination and adaptability… all expressed perfectly in the GE belief ‘Learn and adapt to win’.”

As we concluded our special visit to the Police Flight Center in Pescara, Giuseppe Briganti said his goodbyes and reminded us that “it takes desire, enthusiasm, experience and knowing how to make the most of everything, in order that the experience of the individual can be placed at the service of the group”… something that we in GE call acting to “empower and inspire each other.”

And the challenge goes on

Our customer EPI has congratulated us on the improvements made to our gearboxes and asked us to keep up the good work.