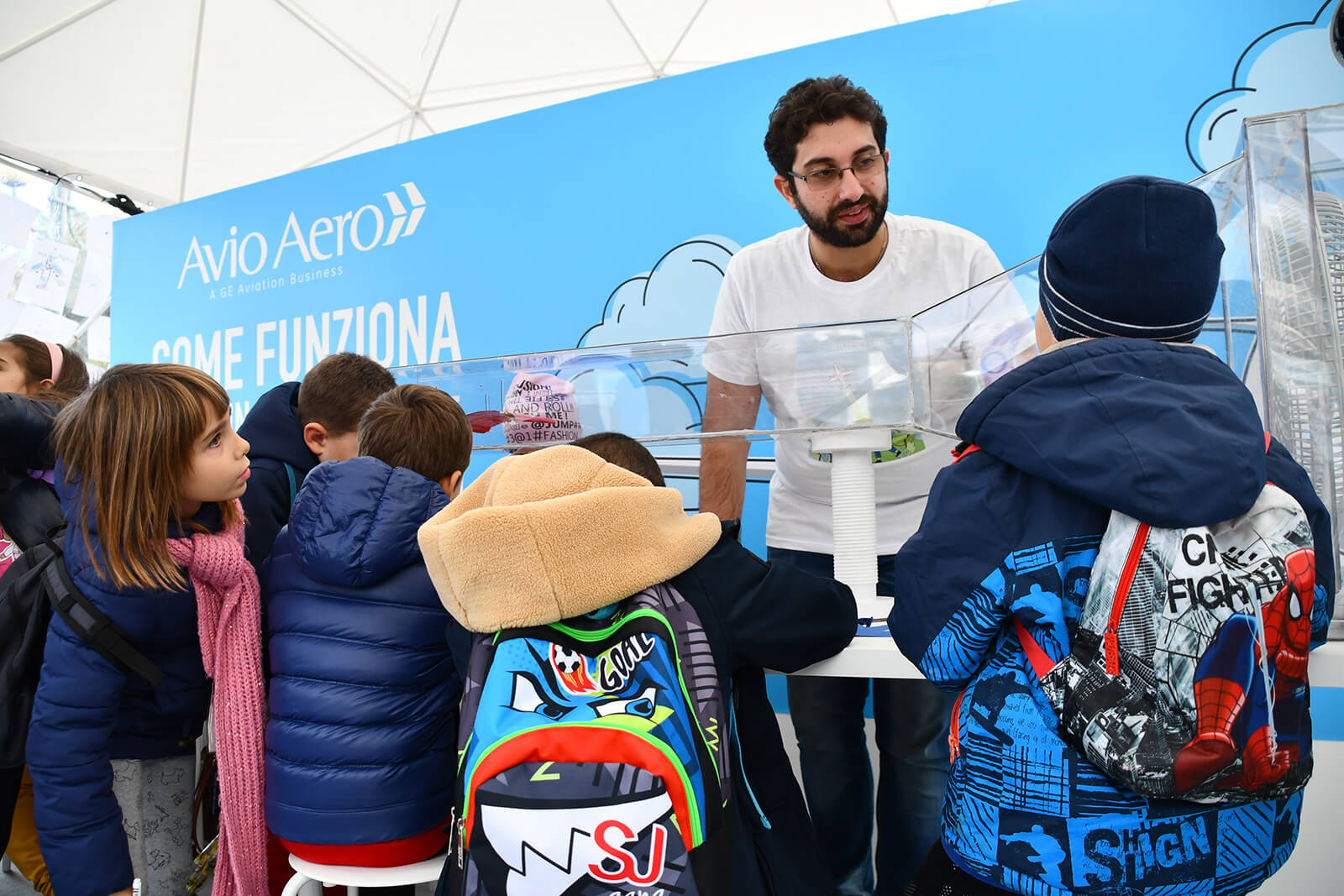 How does it fly?!

The weekend of the Technology Festival was a real success, with more than 1000 children, students and adults visiting and taking part in the Avio Aero workshops dedicated to the world of flying.

The extraordinary event organized by the Politecnico di Torino has drawn to a close. The Technology Festival, created to celebrate the 160th anniversary of the Turin-based university, welcomed over 300 speakers for 160 events spread throughout the city during the three days of the festival, which attracted the attention of thousands and thousands of visitors and technology enthusiasts.

Many also crowded around the “igloo” that Avio Aero, the event’s official sponsor, set up in Piazzale Duca D'Aosta, by the Giardini del Fante in Turin, right across the road from the main entrance to the Politecnico. Some young talents from the EDISON program were on hand and full of smiles to guide the curious, young and old alike, in their discovery of the world of flying. More than 1000 people (children, students and also many adults) took part in the three workshops created specifically for the festival: How an Aircraft Engine Works, Additive Manufacturing and The Aircraft of the Future.

Visitor curiosity was mainly dominated by one primordial question: how can an object weighing several tons stay in the sky and speed along at 800 km per hour with hundreds of passengers on board? It’s true to say that humans have long considered the possibility of flying to be an unachievable dream. This is a question that makes the experts smile, but that ardently ignites the interest and fascination of those who are not experts in the aviation industry.

Using everyday objects, such as balloons, teaspoons and glasses, Giulia, Gianluca and other young engineers created learning tools to explain to visitors the principles of flight. “Using a handmade wind tunnel, we showed how wings can lift an aircraft in flight,” says Giulia Boschi, in charge for the How an Aircraft Engine Works laboratory. “The balloon, on the other hand, served to simulate the propulsive thrust of the engine: the air coming out of the balloon generates a movement in the opposite direction. And finally the turbine built using the bottom of a glass and spoons instead of blades.”

It was these turbine blades that were the focus of the Additive Manufacturing workshop: “using a small 3D printer, we illustrated how this technology works and how we use it in Avio Aero to make aircraft engine parts,” says Gianluca Mosiello, in charge for of the 3D metal printing workshop. “The little ones were particularly amazed by the potential of additive manufacturing. At our workshop, they came to realize that the only limitation of this technology is the imagination. We also wanted to convey to visitors the concept of safety, a key value in our day-to-day work. Every component we produce each day must adhere to the highest quality standards, even when it comes to Additive Manufacturing. As our younger guests understood well, there are no breakdown vehicles for airplanes. In the air, engines have to be perfect.”

There was certainly no lack of imagination among the many children who took part in the third workshop dedicated to the aircraft of the future, where they were asked to imagine and design future aircraft in their vision. “The children had boundless imagination. Some of them designed planes that go in the water and others thought that in the future planes would be replaced by flying cars and trains. A wave of simplicity and creativity that made for a very fun three days”, says Caterina Montuori.

"The children had boundless imagination. Some of them designed planes that go in the water and others thought that in the future planes would be replaced by flying cars and trains"

In addition to Caterina, Giulia and Gianluca, Alice, Bruna, Eleonora, Enrico, Federica, Francesco, Giovanna, Nicolò and Vincenzo also lent their precious contributions to this event. Some of them acted as guides during the festival and others helped to put together the workshops. An experience that gave those who worked on preparing and scheduling the workshops a whole host of ideas, whilst at the same time allowing lots of people to get closer to a world as fascinating as it is complex with the spontaneity and imaginative simplicity that children are so good at. 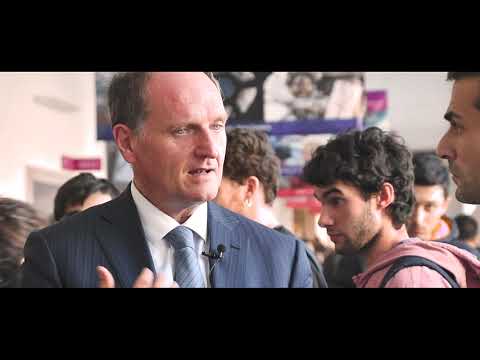 Technology is a fest

The Politecnico of Torino organizes the Technology Festival to celebrate its 160th anniversary from 7 to 10 November with great events, conferences, special guests and... Avio Aero!