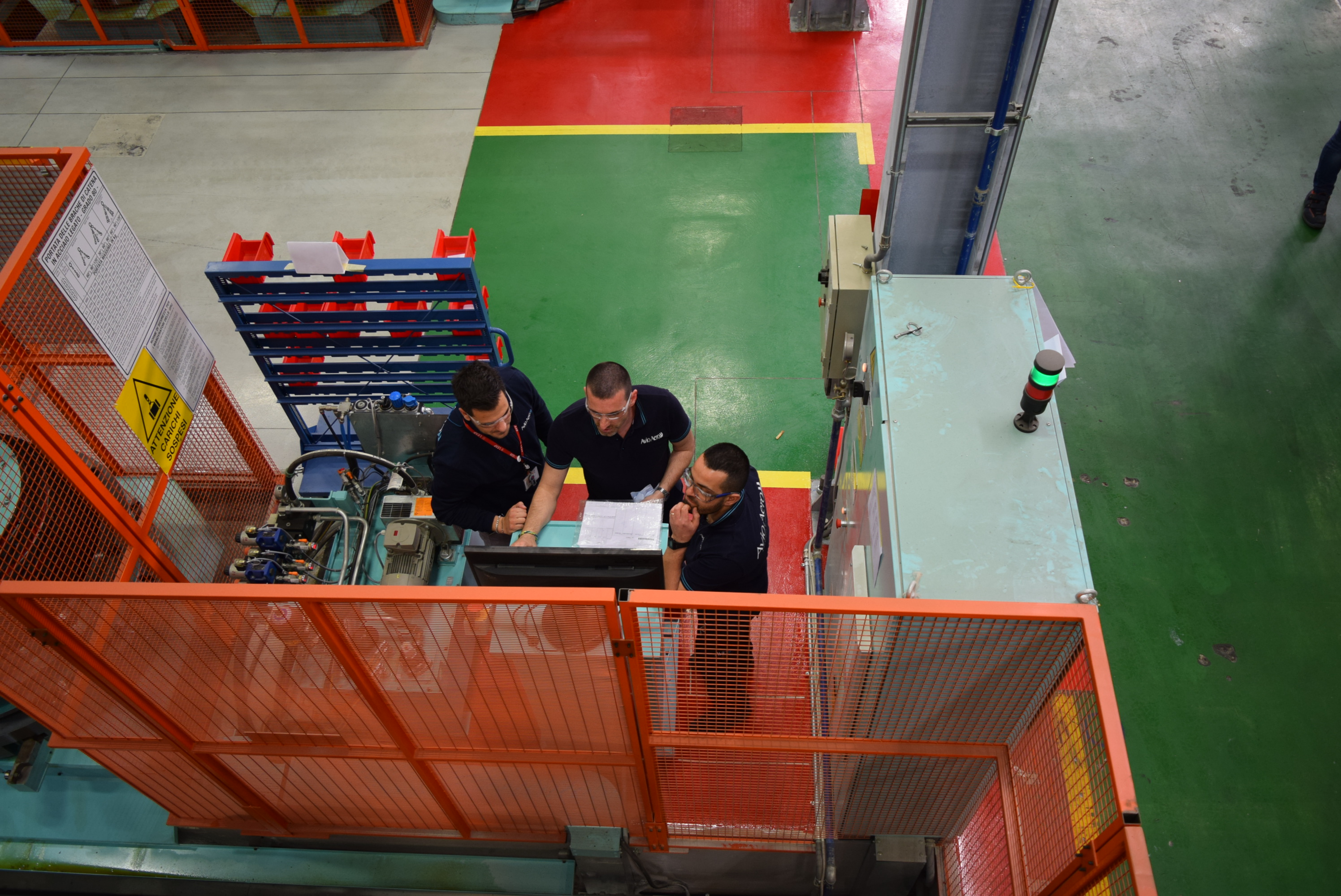 Work and industrial processes keep on transforming, as step by step the aviation industry becomes more and more intelligent.

Revolutions, as we all know, take a long time. Frequently they consist of various chapters and phases, but all feature an increasing growth rate and hugely ambitious goals. The industrial revolution began around the mid-18th century in the textile and metals sector, and then spread to other sectors and other technological evolutions and continues to this day which, effectively, represents its fourth chapter: the digital revolution and industrial internet.

Confirmation of the gradual processes involved in a revolution can be seen in our company: only slightly more than a year ago, Avio Aero created the first two Italian apps - InventApp and Se.M.Pre. – dedicated to supporting industrial processes and hosted on the Predix industrial cloud.

Already there have been several occasions when we have noticed that something “brilliant” was happening in our factories. Recently we talked about the LEAP program and the demanding – as well as massive – production volumes and complexity it entails: by the end of 2018 the investments made to fulfill the ultra-modern and evolved production lines dedicated to the LEAP case (the external casing for the engine’s low pressure turbine) will amount to a total 60 million euros. For now the name is LEAP, but one day these new flexible cells may clearly be used to work on other casings belonging to other aviation engines.

For now we are concentrating on how, rather than what, these lines will work. The innovative aspects that have so impressed and astonished institutions and customers (such as Snecma and Boeing, in the case of LEAP) reside essentially in two characteristics which the Brindisi team label as ‘unmanned’ and ‘digital’.

The Brindisi Frames & Cases center of excellence has been equipped with 4 new lines (2 already functioning and 2 which will be active by the end of the year). These – to simplify considerably – resemble the rails along which these large cases with a maximum diameter of 120cm are transported, passing through up to 5 workstations on each line and undergoing roughly 7 process phases: the case arrives as a basic semi-finished item and leaves ready for checking, commissioning and delivery.

So far, this all seems pretty normal in today’s industrial context, if it weren’t for the technological and connective level that these lines come with, thanks to the supervisor. Each line has its own supervisor: this is a software active on a workstation with a 21” screen at the beginning of the line which acts as its real interconnected brain. This brain not only manages the path, the pauses, the timing of activities and cycles of each case, but is also equipped with a remote control function. This means that the Cell Leader, the Manufacturing Engineer or the technical supervisors of the Brindisi Center of Excellence at any moment, wherever they may be – thanks to a simple internet access and their own pc – can monitor, verify and even take operative control of a supervisor software active on a production line. In the middle of the night, during shift changes, Sunday evenings or during a national holiday: no problem, any kind of glitch or urgent need can be handled in an ‘unmanned’ manner, without any physical presence at that moment.

Brilliant, no? But at this point, where is the ‘digital’ part? The Brindisi team has added a Smart Shop corner: an “industrial triptych” consisting of three 4-meter high walls with a 65-inch touchscreen at its center. Smart Shop is inside this screen and can be consulted, or rather is used, by all the operators and engineers of the Center of Excellence.

Smart Shop is a tool accessed through GE’s cloud platform, Predix, and is currently being used in an experimental manner by selected GE Oil&Gas plants. Together with our center in Brindisi, it handles 11 production lines for pipeline plants and gas turbines scattered across factories in Florence, Massa, Vibo Valentia, Talamona (in Italy) and Le Creusot (France). This tool makes it possible to carry out in real time (with automatic updates every 60 seconds) a diagnosis of every production line or cell, and every workstation, including: the state of each single machine, faults, KPI (specific productivity indexes with relative targets), specific parts being worked on, maintenance register and program, and availability of single machine tools and lines.

In other words, an instrument for gathering, analyzing and sharing data, currently consultable from every giant touchscreen in the system, but also from a pc connected to Predix. In future, Smart Shop could well be consulted and used via a smartphone app, and at the moment the Aviation and GE Digital teams are working on optimizing and standardizing its use for every factory, line and manufacturing specialty.

How can it do all this? Every line – thanks to its supervisor software – generates data, and uses gateways (in computer science, the routers or other hardware devices that manage packages of digital information) to gather them and channel them towards Smart Shop. Smart Shop then elaborates them and displays them in the menu described above, which can then be consulted and used by teams in the same plant but also by other teams in other industrial sites that use the same technology. This means sharing knowledge, operative experience and information: in GE we call it GE Store.

Earlier, we mentioned the astonishment which this kind of innovation generates in visitors or any other kinds of witnesses of such industrial realities, but it is also important not to underestimate the new professional skills that, through these technological novelties, are added to the experiential expertise of the men and women who operate in a plant day by day: specialists in technology, engineering, logistics and workers. Professional figures which today – just as, for example, their colleagues in the Cameri plant skillfully operate machinery using the new additive technology – are acquiring confidence and familiarity in using computer tools which allow them to be classified as “advanced digital users”… a very different concept to just “work sitting at a laptop”.

The first additive repair techniques under development in Italy’s Apulia Region are already being adopted in the factory – such as in Brindisi, where one special machine does the job of three.