The voice of silence

A crucial element of inclusion is also the ability to communicate, for example with sign language, just as in some colleagues’ latest experience in the company.

Vocal communication was an evolutionary achievement for humans. Before the written word, our ancestors used gestures to express themselves, which, starting out from mimicry became expressive, so much so that accompanying words with gestures is still characteristic or typical in lots of cultures. For many people, gestures remain the primary means of communication, if not the only means.

Through the visual-gestural modality, in fact, the deaf community can express its communicative potential. According to the international language database Ethnologue there are as many as 121 different sign languages that reflect the linguistic reality of the countries in which they are developed.

Italy has its own sign language as well, whose acronyms are LIS (Italian Sign Language) and LIST (Italian Language of Tactile Signs used by people are deafblind): but only in May this year - late in comparison to the rest of Europe - LIS and LIST obtained recognition as official languages of the Italian Republic. This is a great step forward in terms of inclusion, which makes it possible to reduce discrimination and enhance the value of related professionals, such as interpreters.

This is a further reason to celebrate the two events in September - the "World Day of the Deaf" and the "International Day of Sign Languages" - organized by the international community to keep the attention of public opinion and institutions focused on the rights of deaf people.

"As per our habit, we aim to approach inclusion issues through direct experience," says Carlamaria Tiburtini I&D Leader and HR Business Partner at Avio Aero. "The issue of disability is strongly felt in the company and we have a significant presence of deaf colleagues, so it was natural to have a pragmatic approach, starting from studying the language. We began with members of the I&D Council and then expanded the offer for training to employees. Even though we’ are really at the beginning of the journey, participation has been very high and the video recorded on the September 23rd anniversary tells the story of our first steps," continued Tiburtini. “In addition, thanks to the options made available by the company's productivity tools, we have included subtitling in every meeting to make it easier for colleagues with hearing difficulties, and we have started to use LIS translation.”

"Having the Turin Institute of the Deaf next door, has allowed us to get closer to the problems that deaf people face on a daily basis," adds Fabrizio Pace, an Engineer at GE NPI and coordinator of the internal awareness initiative. "And we have also discovered opportunities, such as the management of the Social Cafeteria inside the building that employs young people. We have been guided by Marco Vozza, training manager, and with his help we are identifying paths for further study. We got involved with some fellow volunteers and realized that sign language is a real language: while trying it we became aware of our difficulties in learning it and communicating, identifying ourselves with the difficulties faced by deaf people. We would like this initiative to be not a conclusion but a starting point, for colleagues’ awareness and for greater inclusion."

As Tiburtini concludes: "what we are doing is possible thanks to the sensitivity of those colleagues who put themselves on the line to make inclusion in the company a reality". 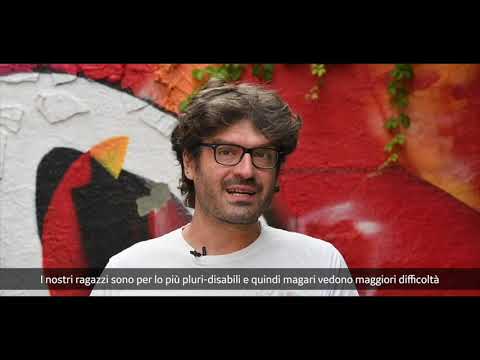 Biz and Gov for Gender Equality

G20 Empower has set out the next steps to achieve concrete results with regard to professional growth for women and gender equality, and our Paola Mascaro at the forefront.

A webinar for our employees dedicated to the World Day of People with Disabilities with a special guest, as well as various initiatives and an important recognition.