Yet a lot is known about Fiorenza De Bernardi: the Italian aviator and first woman airliners' pilot. Indeed, almost everything. Born in to it - her father was the legendary Italian Colonel Mario De Bernardi, who became history in the Italian Air Force for piloting skills and for many world records and international awards won, like the Schneider Cup - the first time she held the throttle was almost by pure luck after spending her days at the airport "guarding" her stunt-pilot father's plane. Her dream to fly came about by chance, with no premeditation and with the ease of the unconscious fated.

Fiorenza never got off planes, becoming a legend and a role model for many pilots around the world. And Fiorenza's unconditional love for animals is less well-known, starting with Lalà, the family dog seen in many of the photos she has kept. "I don't even kill flies," she confessed, "because animals and nature must be respected in all their forms." Still, at the age of 91, she drives along the coast from Rome to Rifugio San Francesco, a shelter for dogs and cats. "I can no longer keep animals at home because of my age, but I still take care of them and they repay me with affection and loyalty, virtues which you rarely find in people nowadays."

She has many springs under her belt, as well as hours of flight: more than 7000. In her opinion, there are not many reasons: "only if you do transoceanic routes your flight hours go up. Of course, I have made demonstrative flights in Australia, India, Afghanistan, Kuala Lumpur, Bali, Timor ... but my job was mainly that of taxi flights, one of the most complete activities because it means changing routes and flying new routes at any time..."

As a woman of her time, she smashed many taboos: getting a pilot's license (and first mountains pilot), working for an airline, attending courses in basic instruments at the military base in Alghero and, once she became captain, proudly wearing her skirted uniform: "so you could see from afar that I am a woman."

Fiorenza does not seem to realize that these actions were fundamental steps towards the emancipation of women in aviation, a predominantly male sector; but a flash of pride shines in her eyes when she recounts that when Samantha Cristoforetti presented Fiorenza with her book, Samantha wrote a dedication that reads, "To Fiorenza, who paved the way".

But the battle for equal rights does not belong to her... When asked for advice for today's girls she says without hesitation: "If you really want something, do it. Don't stop until you have got it. When I was hired by Aeralpi, I was transparent to my colleagues. I faced them and said: look, I'm here and I'm staying. From that moment on, everything settled down."

"If you really want something, do it. Don't stop until you have got it, don't give up... That's my advice for the girls of today"

Of course, she doesn't deny that some choices, at times, exclude others. "I've never had children because you have to spend time with children and I wanted to fly, to see the world. But being free to choose what you want to do is the greatest gift you can receive from a parent... regardless of whether you are male or female. I owe everything to my parents, and I will always be grateful to them for the freedom of my choices. Since I was a young girl, I have been able to go camping, rock climbing and skiing in the mountains with friends: at the time, it was not usual to let the girls be so free, especially if they were only daughters... and being able to fly, in a different and special way".

Fiorenza has no regrets and she still has many active projects: the Italian Women Pilots Association, which she founded in 1979, has now become Women’s Air Association which counts many important women in the sector as members and that holds interviews, conferences, and meetings to affirm and support the presence of women in national and international aviation, at all levels.

If you see her sitting at the tables of the Panamino café in the cool of Villa Ada - Rome, sipping a cup of coffee or a glass of Prosecco wine, you might be surprised by how extraordinarily normal she appears. But her gaze remains that of an air pioneer. 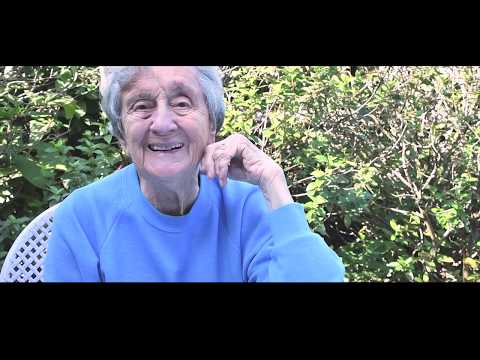