At the Cameri base, we spoke with one of the Air Force specialists who works with our service teams to ensure the readiness and efficiency of the powerful engines of Italy’s Typhoons.

The military airport of Cameri, near Novara, is an important operational base home to the 1st Aircraft Maintenance Department of the Air Force. This is where military aircraft arrive from all over Italy to be inspected after thousands of hours of service; working alongside the military technicians, there are also the Avio Aero specialists who perform overhaul and maintenance for the fleets of EJ200 engines.

“We have worked closely and for a long time in the field," said Massimiliano Corsi, Military Programs Leader of Avio Aero. "The EJ200 is the heart of the Eurofighter and, over the years, the maintenance service for this important customer has turned into a true partnership, with the constant interchange of technological knowledge. Our experts at the air force bases represent a valuable resource that the Armed Forces can count on."

Nowadays, there are more women than ever joining the teams of highly skilled technicians, among both the civilian and military ranks. One such person is Arianna, a Crew Leader stationed in Cameri. As a Mechanical Maintenance Technician with a qualification in flight engineering, she oversees and certifies the suitability of engines after the process of overhaul and maintenance. She works every day alongside Avio Aero's experts in the Engine Works Department.

The joint service team for EJ200 engines at the Cameri Italian Air Force base.

“As soon as I arrived, I immediately noticed just how much the staff of Avio Aero was integrated in our division's production processes," said Arianna. "You can tell that their approach has been sharpened over many years of complete harmony of intentions between the military and civilian arms of this management system, to achieve the goals of the Corps and, therefore, of our Country."

Arianna got where she is today by following the thread of fate: one day, almost by chance, she submitted an application to work as a volunteer for a fixed one-year term, and gained a place.  While she had always been impressed by the blue uniform, she had never thought about pursuing this type of career. This was because no one in her family had ever had direct ties to the Armed Forces.

"Leaving my city of Taranto and a guaranteed job in the family business was a surprise for me too," Arianna admitted. “But any doubts soon disappeared because I got caught up in the challenge of my choice of career: after basic training, I attended specialization courses in Caserta, enlisted and became a Volunteer, and was then assigned to the operational units. I really didn't have time to look back."

Arianna, Crew Leader at the Cameri Air Force base.

"I hope that the number of women will increase significantly in the future, not only in the military corps but in all technical roles, this is my wish for other women my age"

Arianna considers herself lucky to have found many other people in her shoes, young women who, like her, had decided to pursue this type of career: "more than I thought but definitely less than there could be. In fact, I hope that the number of women will increase significantly in the future, not only in the military corps but in all technical roles. This is my wish for other women my age: because, if we start taking them seriously, a world of possibilities could open up."

From Arianna's account, the conflicting emotions that allowed her to step out of her comfort zone were as strong as the satisfaction of finding that the new life she had undertaken suited her perfectly, just like the uniform itself. "Even in the most difficult moments – like, for example, when I failed the exam for a higher category that I retook and passed afterwards – I knew this was what I wanted to do. The secret is to always believe in oneself," Arianna said.

Her thread of fate may have been invisible but was also well defined and formed through trials and achievements. It led her to leave her beloved Southern Italy for what might prove to be any number of destinations; and it is a thread that Arianna now has tightly clenched in her hands. 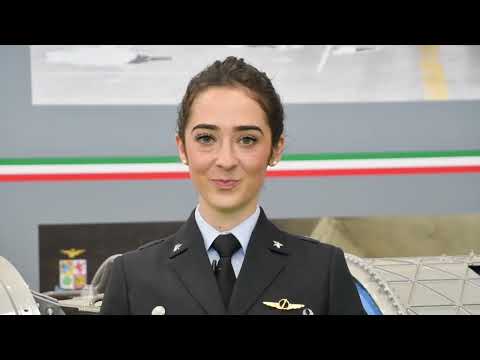 A flying recipe for success

A special event set by the GE Women Network in Bielsko Biala saw the presence of Sebastian Kawa, a gliding champion with a long list of achievements and many common traits with our people.

Avio Aero has obtained the GEEIS- Diversity certification, which testifies and validates the company's concrete, real commitment to Inclusion and Diversity issues and needs.