A growing need for STEM

Participation in Hackher's Milan event was another opportunity to look at equal opportunities in the workplace and women's careers in STEM fields. But not just that.

Taking part in the debate revolving around women and STEM (an acronym for science, technology, engineering and mathematics subjects) is a commitment that Avio Aero has made not only to create an internal pipeline of female talent to be included in the organization, but also to systematize with other companies and create best practices that can be shared and replicated.

Hackher is a multidisciplinary project aimed at bringing girls closer to the STEM world. For this purpose, an event was held at Milan's Castello Sforzesco on May 18th. On this occasion, Piera Carrà, CIO of Avio Aero and executive sponsor of GE's Women Network, alongside other women holding important corporate positions, participated in a roundtable for an open discussion, the first after the two-year pandemic crisis.

“First and foremost, I sensed a great energy not only from the girls who were competing in the hackathon with innovative digital projects, but also among the panelists, all women leading top companies who really want to contribute to change,” said Piera Carrà. “The gender gap issue is - unfortunately - far from overcome. But the will to achieve concrete results is also great on the part of the institutions. Seeing so many people participating in person again was an encouraging sign: there is a desire for closeness and to regain lost normalcy. Looking into each other's eyes and conversing with the audience without the filter of a screen was exciting.”

Piera Carrà speaking at the Hackher event in Milan.

"I sensed a great energy not only from the girls who were competing in the hackathon with innovative digital projects, but also among the panelists, all women leading top companies who really want to contribute to change,"

For Avio Aero, it was another opportunity to share its internal journey of Inclusion & Diversity, and to compare with highly evolved companies in the world of utilities, FMCG, consulting and Digital. According to Piera, one of the most interesting topics that emerged from the discussion was the technology gender gap that drives girls away from career opportunities and several other professional outlets.

“I recognized myself in this topic very much,” added Piera, “because in my experience with scientific studies, the presence of women has always been very low. This is even more evident now that I work in an aviation company which is hungry for talent and is aware of how diverse teams ensure plurality of thought and enable inclusion. We struggle to fill technical positions easily, because applications made by women to such positions barely reach 15%... and it is a real pity.”

A working group at the last Hackher event in Milan, ph. S. Rostagno.

According to MIUR (Italian Ministry of University and Research) data, about 22 percent of girls enrolls in a science degree program. This number is increasing significantly, but is still below the European average. Figures are expected to improve with the specific interventions of the NRRP (National Recovery and Resilience Plan) which, through Mission 5, intends to provide support to gender equality and contrast discrimination.

“This is what global data reveals. And, by the way, instead of showing progress on the issue of gender equality, such data shows by contrast a worrying recession, even in the most virtuous countries. For example, in Iceland (a country that has nearly closed the gender gap in many areas, winning the title of best nation when it comes gender equality for 12 consecutive years), girls are still penalized in the areas of education that are most relevant to the current and future labor market. Only 10.25 percent of female college graduates choose to pursue education in the STEM field, compared to 26.6 percent of male students,” explains Scilla Signa, founder of Hackher.

STEM young women at work during Hackher event in Milan.

According to Italian Ministry of University and Research data, about 22% of girls enrolls in a science degree program, this number is increasing significantly, but is still below the European average

In such a context, Hackher's work takes on even greater relevance, as does that of many other organizations that concretely aim to tip the STEM balance in favor of girls. “That's why our short-term goal is to develop a roadmap in Italy of training events and hands-on workshops, in which we can involve more and more girls, more companies, professionals and institutions,” Scilla adds.

As far as girls are concerned, in fact, we always talk about aptitude toward science disciplines. However, in actual fact, it is really time to also talk about opportunity. 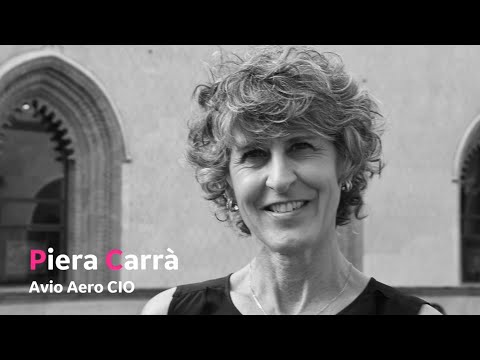 Avio Aero has obtained the GEEIS- Diversity certification, which testifies and validates the company's concrete, real commitment to Inclusion and Diversity issues and needs.

The Pride Parades seen with the eyes and the hearts of our amazing people who gathered and celebrated in each community where Avio Aero is present, across three countries.