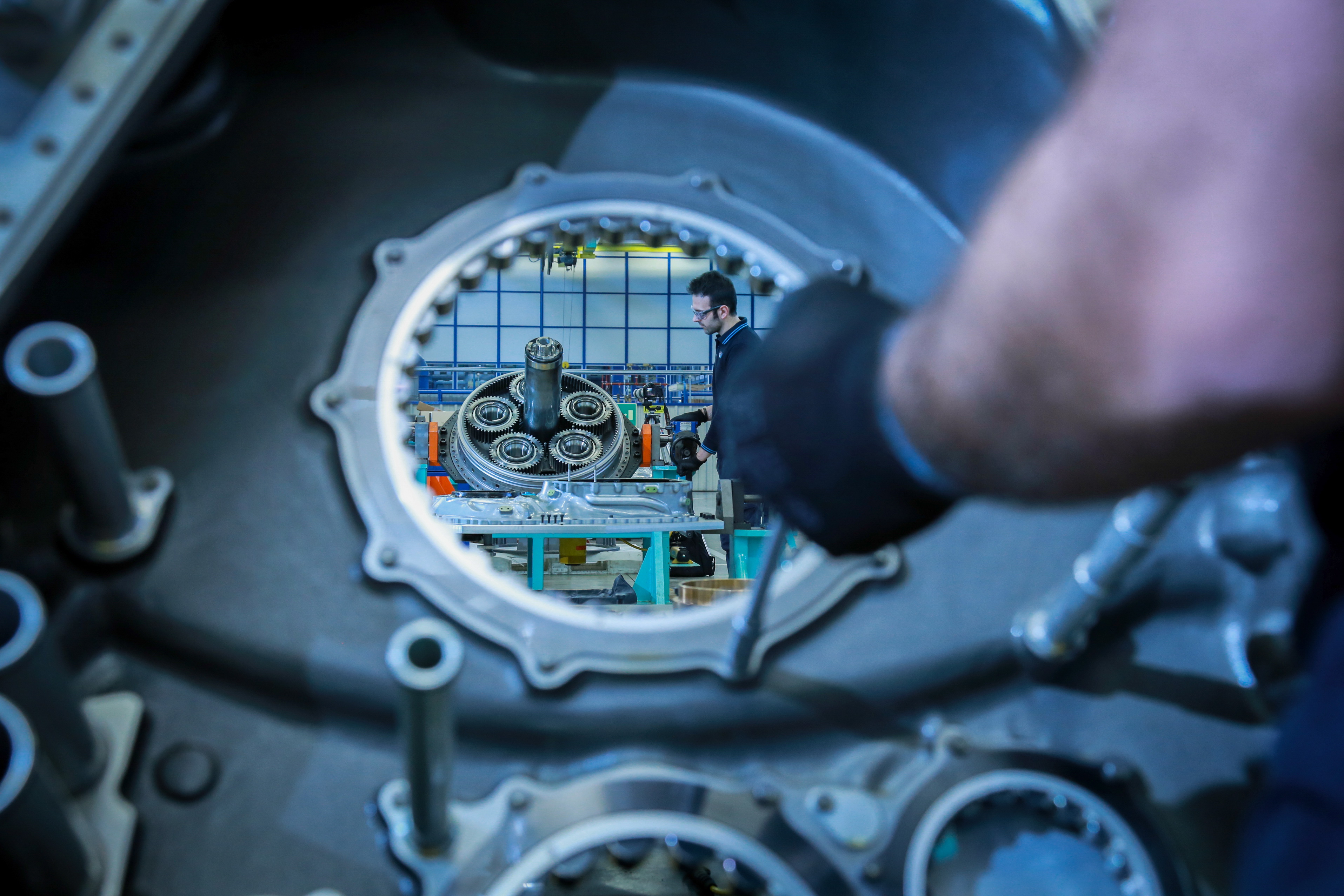 The challenge posed by the largest power transmission ever created in the western world.

2016 did not begin very well for the TP400 program. Indeed, during the first few months of the year, there were some unexpected events with the breaking of a secondary component (the pinion plug) of the right-hand Power Gearboxes (PGBs have a right- and left-hand configuration to allow the propellers of the engines of the same wing to rotate in the opposite direction) that consequently caused aircraft’s operational limits.
In a climate featuring intense pressure and visibility at the highest levels by the various organizations involved (Avio Aero, GE Aviation, EPI, Airbus and the governments of the countries purchasing the aircraft), the Avio Aero team immediately got started outlining a plan to resolve the issue.
The Avio Aero engineering department, with the help of GE Aviation experts, identified an effective solution that could be certified and developed within a short time. The solution, being minimally invasive allows to be more flexible in case of retrofitting activities even on the fleet. The identified solution has been quickly prototyped and subject to challenging bench and flight tests, according to a plan determined in accordance with EPI, ADS and EASA.
While the team at the Sangone Test Centers worked non-stop to accumulate in the shortest time possible the flight hours required for certification, the Program Management and Supply Chain teams launched mass production in Rivalta, and began organizing the repair base in Pomigliano to allow immediate application of the modification once it was certified.
In spite of the various obstacles, passion, expertise and determination prevailed, and the tests, which were conducted 24/7, were successful. Thus it was possible to obtain certification of the modification in just over 4 months after the issue arose, and one week before planned, allowing production to launch the new standard starting from the first PGB manufactured in July.
But this is just the start of the challenge: since the end of July, after standardization of the modification at aircraft level, i.e. the authorization to fly with the new configuration, the Pomigliano repair base began upgrading the fleet to the new standard. This involves tackling a retrofitting campaign of over 100 PGBs, to be completed within the shortest time possible to allow the fleet to fly again with no restrictions. All this, in the past few months, entailed a massive preparation effort with the increase from one to four independent lines to repair the PGBs, train new personnel, standardize documents and processes, and recently the launch of new initiatives to generate additional capabilities in the workshop, which will come to completion over the next few weeks.
The key factors which allow to solve such a highly complex problem in a fast way, have been the commitment and skills of all the involved personnel and most of all the ability performed by Avio Aero, GE Aviation, EPI and Airbus in working strongly hand in hand to reach the common goal.
This story of brilliant problem-solving perfectly encapsulates a real case in point of GE Beliefs, and is truly quintessential of two of these: it tells what it means to move in a climate of uncertainty in the real world (Deliver results in an uncertain world), and exemplifies the spirit of cooperation established between partners and clients in a decisive joining of forces and brains (Inspire and empower each other).

A LEAP for Avio Aero

An unprecedented commitment for the company’s facilities in Europe for the launch of their latest programme to support CFM engines for medium-range aircrafts.