Readers of about will remember how Torino - the car city par excellence - hosts one of the most advanced test centers to test aircraft engines and their components. Perhaps, they will also remember the variety of civil and military modules and engines that are  tested at the Experimental Centers in Sangone, which is connected with other specialized test centers in Italy and abroad. For several months now, the GE Aviation's first engine to be designed and developed in Europe is undergoing an extensive test campaign.

Indeed, the Catalyst engine, which will power the brand-new Cessna Denali airplane, was tested and started-up for the very first time in record time in December 2017 at GE Aviation Czech in Prague, where GE hosts the worldwide headquarters for turboprop engines. That milestone is the result of an intense teamwork started even long before, by a network of GE Aviation European brains, called the Federated Europe Engineering.

The aim of this European network is to exchange knowledge and collaborate in research and development for several aero engine programs, whether legacy or new generation: GE90, GEnx, LEAP, Passport, or GE9X, for example. Surely, among all these, the Catalyst is the only one with a fully European passport and 400 million dollars of GE’s investments in the continent.

"Since 2016 we have been supported Catalyst testing especially for engine instrumentation, including but not limited to the responsibility of the design of the whole engine’s instrumentation for the Vibrations Test," says Piergiorgio Belloni, Instrumentation Design Engineer and Engine Test Leader. "Our goal has always been to create a team with 360 degrees technical skills, as well as digital skills, for the design and application of instrumentation tools on entire engines or aircraft components, coordinating with the European network of laboratories." 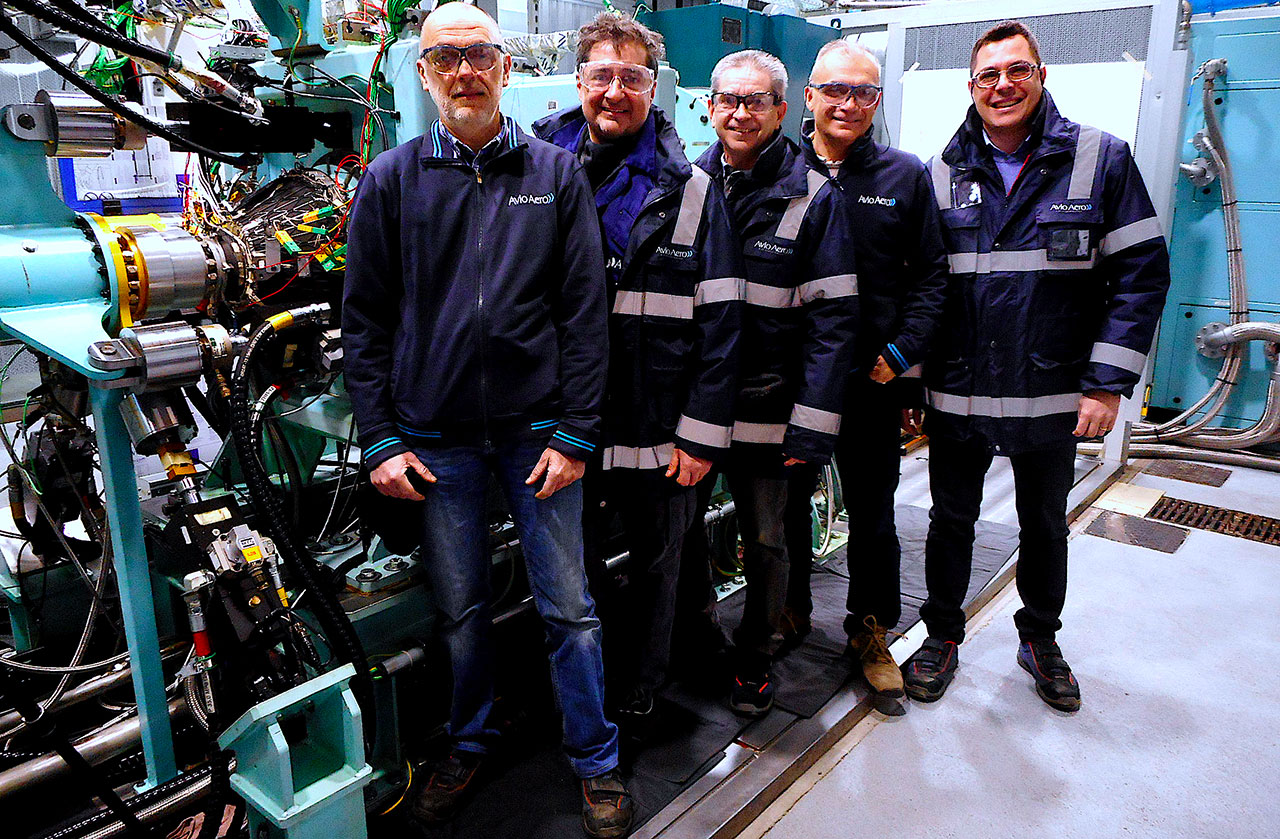 In a nutshell, the engine instrumentation consists in applying around the entire external part of the engine over 500 sensors - including the components inside it - connected to each other with very thin signal transmission cables, 0.8mm diameter. All this serves to collect the most valuable output for engineers who need to analyze the Catalyst engine’s performance and possibly improve it: data with reference to different operating conditions.

Jiri Machula is the Instrumentation Labs Manager at GE Aviation Czech. He and his team worked side by side with the Italian Avio Aero colleagues, and in particular with Belloni and the whole team responsible for the instrumentation of the Catalyst engine. "In Turin, they designed the complete engine instrumentation, which we then assembled here, sharing process and methods," Machula says. “This has allowed us to significantly increase the capabilities and expertise of the teams in their respective countries, and then to further transmit these advances to other GE Aviation laboratories in Europe.”

The Catalyst will be subjected mainly to simulations in order to evaluate the behavior of the engine in case of vibrations; but also, its duration, resistance. "During this kind of tests, vibrations occur, especially towards the external structures of the aircraft that house the engine and towards the propeller. Transient acceleration or deceleration maneuvers are also carried out with decidedly significant levels of engine power," as Belloni explains.

"Reading the test results through the various sensors allows us to evaluate the behavior of the engine under conditions of maximum vibrations, for example," continues Belloni. "In fact, the engine used for Vibrations Test is the first one of the test phases with which the installation of the engine on the aircraft, including its support structure, is completely simulated”. 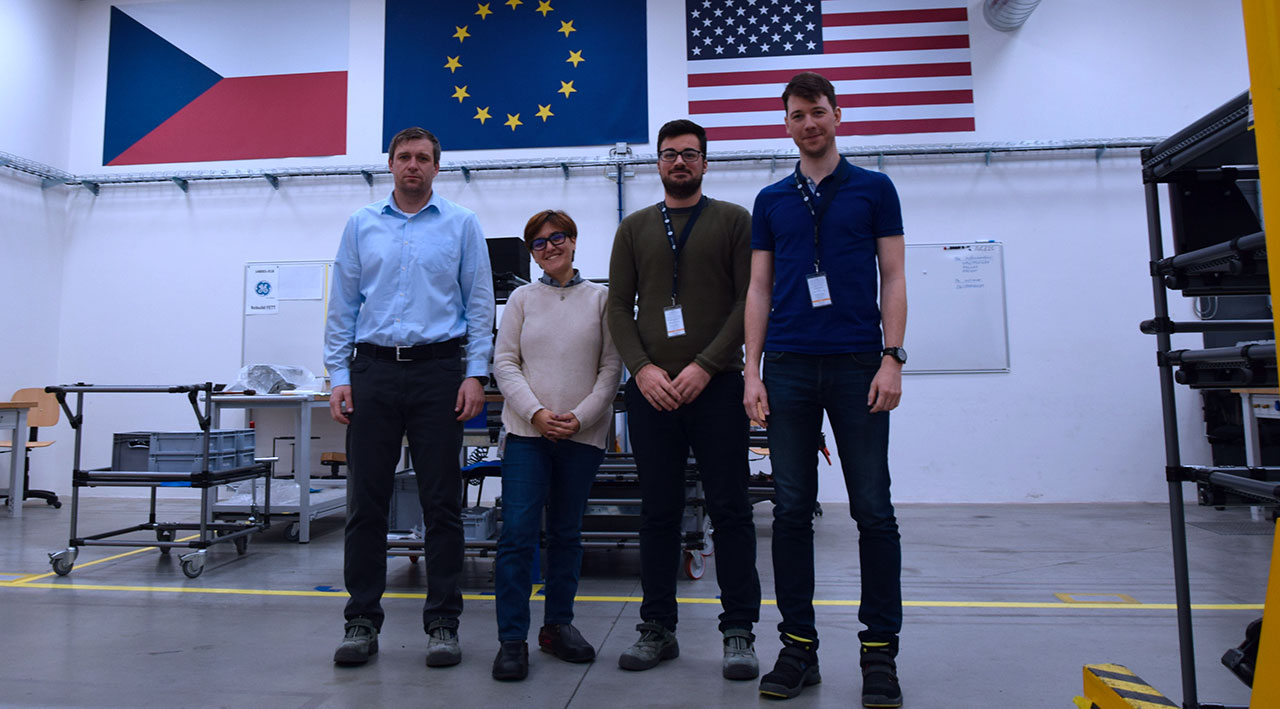 What the Italian team worked flat out on, and what Belloni highlights, is the special 3D modeling work at the heart of the design. "Every single part of the instrumentation has been produced in a digital 3D environment and it was the first time that in Avio Aero we used this method on a whole engine."

In practice, the Catalyst engine has been equipped with a Digital Twin: the virtual reproduction of the instrumentation was installed on a digital engine. Every part of the engine has been detailed on computer screens. From there, sensors, supports and cables have been applied, verifying every configuration with the possibility to act in real time, in a virtual environment. This technology offers the clear advantage of reducing any errors or risk of interference during operations on the real engine. It also allows the entire assembly sequence, and many other data, to be shared with the entire work team for any evaluation needed.

The certification process, which step-by-step is going to make the Catalyst engine flying for the first time this year, runs through several hubs of the European engineering network. In Italy, the combustor is tested in dedicated rooms in Pomigliano, and the electronic simulator of the Catalyst with its digital brain is installed in Brindisi. On the other hand, at GE Aviation Turboprop Headquarters in Prague there is the test cell where the engine was successfully started on 22 December 2017. 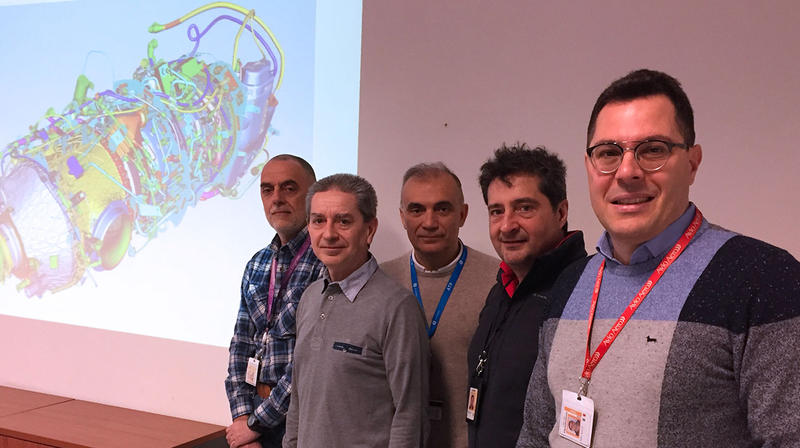 "When I think of all the times I've studied the engine on the screen, what amazes me most is its correspondence with reality: it looks exactly how I imagined it!”

Furthermore - thanks to the historically unprecedented collaboration started in 2016 with Prague’s Czech Technical University  (CTU) for the research and the development of new methodology for designing the engine preventive maintenance models - the Catalyst engine will also benefit from two brand-new test facilities that are under construction, within this collaboration’s scope, for ground testing of modern turboprop engines.

The two test cells will be located in a striking place: the Hradce Králové airport, about 125 km from the Czech capital. The airport was built in 1927 by the National Air Force. Then under German occupation during the Second World War, it was even expanded to serve as a training center. It was further modernized in the 1950s. Today, despite it can accommodate any type of aircraft, it’s used only for private aviation. And in past years, it hosted several editions of a national aeronautical festival.

"Two new test cells are under construction inside the original hangar structure that originally housed aircraft such as the MIG-21," explains Radek Novotny, Project Leader for the test rooms. "Both in the front and in the back of the room, an excellent system will be able to reduce within law limits any noises generated by the engine, primary the compressor, and the propeller… even up to noises similar to those coming from an airplane during take-off," says Novotny talking about the upcoming available technologies at the site. 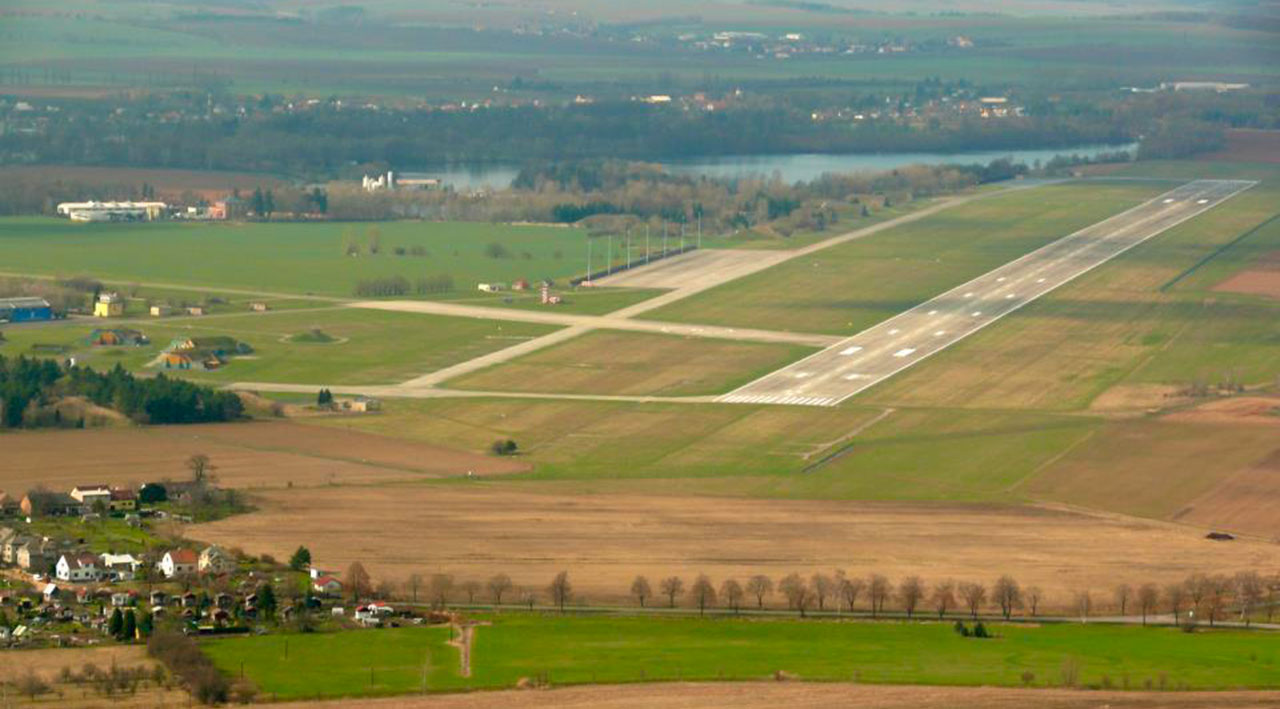 The cells at Hradce Králové will be even able to reproduce the environmental conditions that turboprop engines such as the Catalyst engine will face in flight, thanks to a unique system for pre-heated air distribution into the room as well as in the engine in-take. "Both the test cells can accommodate the engine equipped with the propeller" says Clarice Carmone, Program Leader Supply Chain for the Catalyst at GE Aviation Czech.

And it is right this new facilities’ capability that will make this testing preparatory, and therefore essential, for the first official flight and final certification by the aviation authorities.