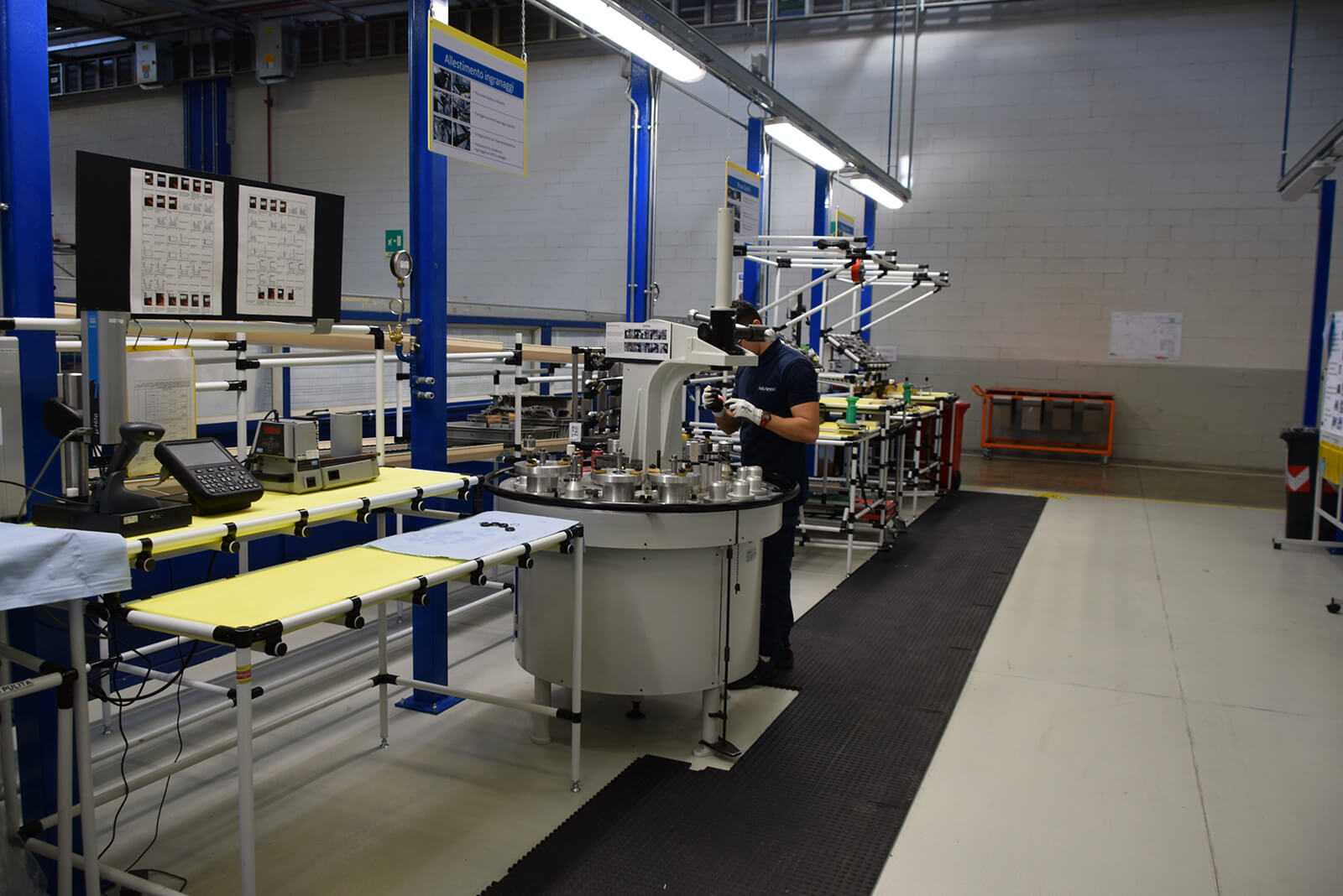 We know that the Lean approach, related to everything concerning the industrial sector, saw its consecration in the world of manufacturing already in the 1950s. In the 1980s it became a truly universally recognized movement, but the family tree of the Lean approach features the names of some of the most illustrious business captains of the last century: indeed, alongside Henry Ford and Kiichirō Toyoda, one of the fathers of Lean was the unforgettable Jack Welch ( GE CEO from 1981 to 2001, recently deceased).

That’s a legacy that GE professionals like Patrizia Mazza, Avio Aero Lean Leader, know very well: “Welsh's contribution was incredible, because he was the first to invent and promote a structural approach to problem solving at every level in GE factories. He invented the action workouts that we still adopt every day in order to implement improvements in all kinds of business processes, working alongside teams from other functions."

Indeed, because the motto of those who specialize in the Lean mentality says: "not having problems is a big problem, because it means having nothing to improve". This maxim, like all Lean’s cultural history, has undoubtedly influenced the career of Rosa Forgione, today the Lean Leader of the Gearbox Assembly area in the Avio Aero factory in Rivalta di Torino, just outside Turin: ever since graduating in Management Engineering from the University of Calabria, Rosa felt strongly that her professional vocation lay in this discipline. Indeed, her first position was in the former GE Oil & Gas (today BHGE) in Florence, precisely within the Lean team. After this she shifted to the Commercial area and then in 2015 moved to Avio Aero in Rivalta, where she was involved in the EJ200 engine program for roughly three years, before returning to her great love: Lean production processes.

Rosa and the team that works on accessory drive transmissions in gearbox assembly - delivering them to customers from all over the world for helicopters or planes - has completed an impressive workout (the famous Welch method) in order to begin transforming this nerve center of the plant, which constantly receives internal and external material flows and finalizes delivery to the customer, through the involvement of the team at all levels. The first automated Lean assembly line was built here, powered only by kinetic energy and built entirely by Avio Aero personnel.

"The design phase stimulated the creativity of all the colleagues, especially that of the operators, from whom we received almost a hundred proposals for small and large improvements"

"We started the construction in November last year, putting together time, tools and methods to define the best way of assembling our products," says Rosa, "and the result today is the first Model Line made for helicopters’ transmissions: the place where we applied all the best practices learned so far, creating the optimal standard to follow for the entire assembly process, from kitting to testing."

This area of Rivalta, it must be repeated, plays a key role: thousands of individual pieces arrive here, from a single bolt to large semi-finished products, packaged in kits (hence the name Kitting). Each one is used in constructing a product, and finally testing it, so that it perfectly meets quality requirements. Once it has passed its final test, the product is delivered to the customer and - like practically everything made in Avio Aero - will fly to its work in the sky.

"Actually, the work on this line began as early as March 2019" continues Rosa, "after several months of detailed study of each individual operation. Its aim was to tackle 3 types of process waste: non-ergonomic operator movements, unexplained variability and activities without added value. From there, we started planning, a process that stimulated the creativity of all the colleagues involved and especially that of the operators, from whom we received almost a hundred proposals for small and large improvements. In July, we started the session called 3P (Production Preparation Process) and together with this extended team we were able to shape the ideas and test them with the operators: assembly lines created with adhesive tape and cardboard... large doses of imagination were needed!"

Essentially thanks to Lean, it was possible to build an entire assembly line in the factory, relying on the competent contributions of each company area: engineering, digital technologies, purchases, production technologies, operators, with the Lean team coordinating everything. But also to provide tools and construction materials, so that another Lean practice (the famous Moonshine) helped carry out the actual physical construction. "In only 3 months, the Rivalta Moonshine constructed the new line in-house, using tubular blocks and linkages involving hinges, rollers and steel balls" explains Rosa proudly.

The advantages of this improvement reside above all in the new workstation, designed and created specifically around the operator, who has the role of assembling the final product (the gearboxes). "Previously, the entire assembly cycle was carried out on a single bench, consequently the operator had to walk around to search for and select materials and equipment" explains Rosa. “The new assembly line, on the other hand, offers strictly defined work standards for each workstation, each one now dedicated to its own process phase. The operator is now at the heart of the process, with everything needed at their fingertips, in the so-called golden zone, the ideal ergonomic area."

Alessio Di Benedetto has been with Avio Aero for about 13 years: having worked in various different areas of the plant - starting directly from the Kitting warehouse, where he acquired a useful knowledge of workflows - today he holds the role of Team Leader for this line… to which he has contributed directly. "Compared to how the process was carried out before, in the Model Line today everything is more immediate: tools, small parts and materials are in the right place, available at exactly the right point of the process and aligned with the assembly scheme which we coordinate with engineers and production managers," Alessio says. “In particular, in my role, it is also now easier to provide all the necessary pieces and check that the equipment is available and complete for each operator who has to assemble the product: moreover, the process-learning phase is significantly accelerated and the margin of error reduced!"

"in my role, it is now easier to provide all the necessary parts and check that the equipment is available and complete for each operator who assembles the product, the margin of error is also reduced"

The results of the pilot trials of this model Line has convinced the team and the production managers to extend the adoption of this system to other engine products and programs: having started as a specific line for a specific product - helicopter accessory drive transmissions ­- the benefits are now so clear that it is obviously convenient to replicate the model. "The improved ergonomics means that operators today enjoy clear instructions and widespread visual management, with correct positioning of resources and materials at their disposal rocketing from 7% to 100%. Benefits for customers have also increased: in terms of added value we have gone from 24% to 40%, thanks to the elimination of superfluous and unnecessary activities, a significant reduction of line-time has been achieved... results that encourage us to extend this method to other products, so we’re always improving in delivery punctuality and in quality" concludes Rosa.

In Rivalta di Torino, work has already begun on activation of other lines. The next one, will be that dedicated to accessory gearboxes for regional and private jet engines, and gradually each assembly process will be optimized with a golden zone... because improvement is a never-ending process.