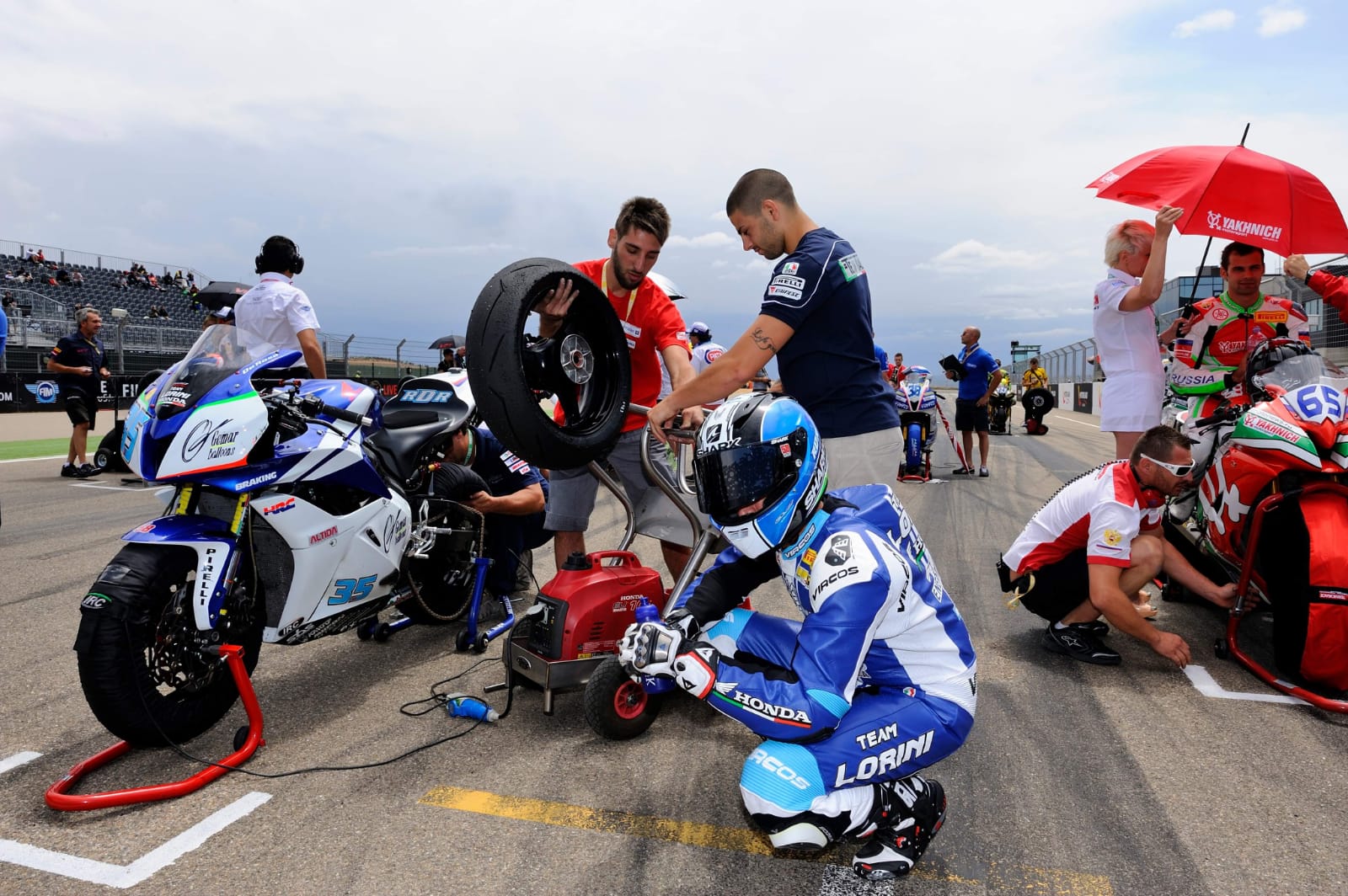 Riders on the jet engine

It is not just a coincidence that the professional DNA of some aircraft engines’ service specialists is enhanced with operational expertise in the field of motorcycling.

An enthralling industrial trend from the twentieth century has often connected the world of cycles and aeronautics with a sort of primordial bond. Starting with the brothers Wilbur and Orville Wright, pilots of the first flight in modern history, in fact, such bond is demonstrated by the first business that they started in Dayton, Ohio in 1892: a bicycle shop.

The Wright brothers did not follow the traditional mechanical evolution from bicycle to motorcycle, landing directly at the aircraft after the first decade of the 1900s. While the history of other European companies - as the world conflicts led winners or losers to industrial evolutions or reconversions respectively - tells, for example, about the German BMW that from the production of outstanding aircraft engines ended up focusing solely on the motorcycle and automotive sector, becoming the world leader of today. Or the Czech Walter Engines which, originally dedicated to the production of motorcycles, during the century specialized in aeronautics, becoming the GE Aviation headquarters for turboprop engines today.

Likewise, the Italian industrial anthology, with its legendary brands, holds similar and suggestive stories: for example, the current Piaggio Aerospace which is notoriously connected to the world's most famous scooter, or the legendary MV Augusta which comes from the same family as the current Leonardo Helicopters (formerly Augusta Westland). Or again the famous Aermacchi, which with its aircraft contributed to the glorious history of the Italian Air Force and then, from the 1950s to the end of the 1970s, marked the motorcycle market with avant-garde technology (even through a joint venture with Harley-Davidson, which lasted more than ten years).

When in 2016 at the age of 27, Fabio Zoppo joined Avio Aero in Pomigliano to work on aircraft engines, perhaps he wasn’t aware of certain historical-industrial interweaving. But somehow, his professional DNA already embodied it as a result of his previous mechanical experience.

Yes, because since he was 15, Fabio has had an unbridled passion for engines and motorcycling, managing with determination to be a technical star in the world he had always dreamed of. "As a young boy, while I was studying for my diploma as an electronics expert, I tried to devote myself to racing and motorcycle workshops as soon as I could," he says now that he is a Service Operator for the TP400 power transmissions of the giant Airbus A400m.

"At the age of 19 - thanks to Raffaele De Rosa, a friend and motorcycle GP and Moto2 rider, as well as Superstock 1000 champion - I started working in the Superbike World Championship, in the Supersport category where you race with engines from 600 to 1000 cc," continues Fabio who, after working in minor championships in the motorsport circuit, grappled with the frantic pace of racing since a very young age. His professional gym was made up of very quick interventions, maximum reliability of the engines, decisions to be taken quickly, and mechanical precision.

Fabio spent three years in this sector, joining the Suzuki team as the Chief Mechanic, working on motorcycles that compete in the Italian Speed Championship (CIV). At that point, in 2015, his work experience went through its first evolution - but guess what - characterized by the interweaving of aeronautics and motorcycling. "At the time, I joined a company in Campania region hat designed ultra-light helicopters. I worked on an experimental project that included the installation of a Moto Guzzi 1200 engine on a helicopter."

"At the age of 19, thanks to a friend and motorcycle GP and Moto2 rider, as well as Superstock 1000 champion, I started working in the Superbike World Championship in the Supersport category"

And a little less than a year later, in parallel with his first experience among flying machines, he had the opportunity to apply for a position as a mechanical specialist for the repair and overhaul of aircraft components and engines at Avio Aero in Pomigliano. "I thought I'd try it immediately," says Fabio, "because in addition to my love for motorcycles I have always had the desire to work on an airplane engine."

For those who work in traditional mechanics, i.e. on road transport, shifting to the aviation sector is a sort of technological upgrade, the next level. "Surely our technicians and operators who come from workshops or factories where we work on engines for wheel transportation, generally share the same technical vocabulary, have an experience base that is significant for the aeronautics industry," explains Sabatino Covone, head of the CRO (Component Repair and Overhaul) shop in Pomigliano.

"Very often, those who have worked in the traditional engine mechanics sector are more familiar, more confident than those who may have come from the aeronautical sector, but have dealt with aerodynamic structures, airplanes or fuselages," adds Covone. For the area manager, moreover, "a predisposition to team work (fundamental in service), a commitment to continuous learning and a significant technical passion combined with flexibility" are essential for working in a "service shop" like the one at Avio Aero.

"Beside my love for motorcycles I have always had the desire to work on an airplane engine: shifting to the aviation sector is a sort of technological upgrade for a mechanical professional"

Indeed, the CRO area in Pomigliano still bears witness to the continuing technological-mechanical link between motorcycling and aviation. In the recent past of the Neapolitan plant, in addition to Fabio, other professionals from motorcycling have aspired to what is considered "the apex of mechanics".

This is what these technicians, in love with their profession, seem to think: the transition from the traditional transportation sectors to that of flight requires a great sense of responsibility. For example, if you consider that the number of passengers increases significantly from road to sky and therefore increases in complexity.

"With traditional means of transportation, and their engines that travel by land, you get used to it quite quickly, you gain a lot of confidence," says Fabio confirming Covone's words. "And the mechanical approach does not change radically when switching to the aircraft engine, although the complexity of the parts is greater and the final applications are quite different. What changes is that we operate on the engine of the safest means of transportation in the world."

For this reason, the attention to detail and the care for every single operation, is even greater in the aeronautical field. From the very beginning of his experience, Fabio has felt the supreme influence of safety and quality in his work. "In case of an emergency or a problem with an engine in flight, you can't slow donw and stop by the road’s side!" Fabio’s closing makes sense, a lot.

The launch event of the association devoted to promoting STEM disciplines-based university courses and careers took place in Turin, chaired by the Avio Aero HR Director.