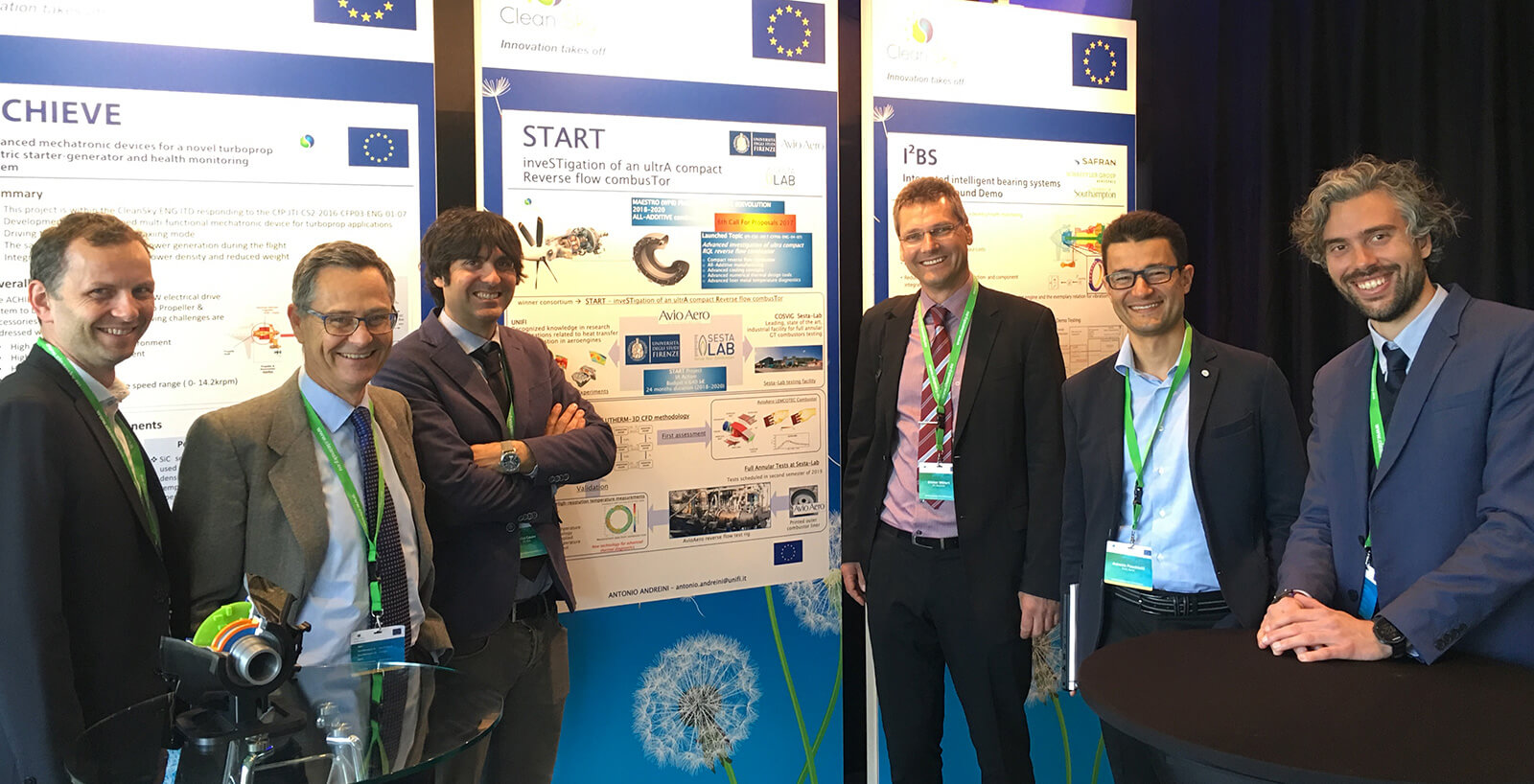 Almost two years ago on about, we introduced MAESTRO live from the Clean Sky 2 - JU booth during the Le Bourget air show. Within this project, born for the small aircraft for private transport (Small Air Transport) sector, technologies are developed for turboprop engines aimed at improving fuel consumption, noise emissions (the so-called noise footprint), and the cost of the future product.

Already then, MAESTRO was focusing on additive manufacturing technologies for a crucial engine module like the combustor. It was presented as one of the most important technological development programs of the European public-private partnership that for over ten years has been setting the course for a more eco-friendly future aviation industry.

Since 2017, MAESTRO has taken important steps forward and the technologies developed within it have become a mechanical and operational reality for turboprop engines, for example, which will fly soon. In fact, one of MAESTRO's most innovative technological levers, based on the revolutionary 3D metal printing production process, has already found its first application in the Catalyst engine’s combustor swirlers, which have been expressly designed in additive manufacturing.

"Additive Manufacturing is more of an enabler than a final solution, since, in some cases, it allows for more compact and functional configurations at system level, reducing the number of parts, weight and overall dimensions." 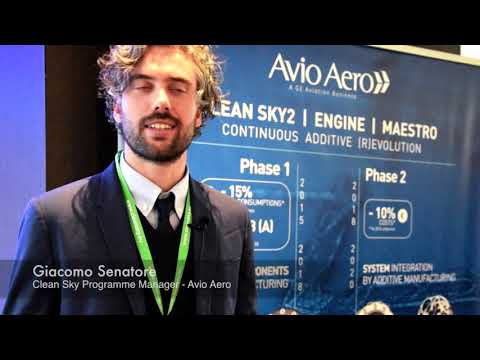 Saying this, Giacomo Senatore, Clean Sky Programme Manager of Avio Aero, refers to the revolutionary capacity of additive technology both for the design of engine parts with rather complex geometries and for the actual production process that goes beyond the traditional welding and manufacturing for metal products. Therefore, the aim is to achieve the quietest and most precise melting of metal dust by means of lasers or electron beams.

This is the keystone of the project, its evolution that over time increases its ambitions. "MAESTRO's teachings open up new and challenging scenarios", Senatore adds. "We started with the burner, but we're working on other modules and complex components." And at the same time, none of the engineers involved in MAESTRO feels that they can rule out the possibility of dedicating themselves to another segment of engines in the future, not just turboprop engines.

"The ultra-compact combustor with reverse flow technology and additive swirlers is undoubtedly a huge step forward for the sector, but it does not exhaust the evolutionary parable for both technologies and products," explains Antonio Peschiulli, Combustor Design Manager at Avio Aero. "As far as the combustion module alone is concerned, our studies focus on highly impactful aspects such as emissions and performance: the operating temperature for the combustion module is certainly a challenge for the operation of the engine, as well as the materials adopted in the manufacturing process."

The temperature increase is directly proportional to the energy production, i.e. the engine power, but it is necessary to manage this heat increase from inside the combustion module in order to offset the effects of higher temperatures on metal parts and the production of emissions under different engine operating conditions.

"Alongside the design for additive, which means a faster and cleaner production and rapid prototyping, we must study the materials and their resistances to build more sustainable products"

"Additive allows us to imagine the geometry of a component from scratches, to give it a new shape. Alongside this design exercise, which translates into a faster and cleaner production and rapid prototyping, it is essential to study the materials and their resistances to build more sustainable products," concludes Peschiulli. "Recently we've been working on a further evolution of the combustor module technology, we've called it Additive Combustor."

Summarizing, Additive improves the design, i.e. shape and weight of engine components or cooling systems, and reduces costs and pollution compared to the traditional industrial process, while also improving performance with lower fuel consumption. The additive therefore affects linear emissions (including CO2) related to fuel consumption due to the lower weight it gives to objects integrated in a flying engine.

As Peschiulli explained on the stage of the annual Clean Sky2 conference, MAESTRO has extended the application of Additive Manufacturing to another engine component: a static part of the power transmission (which already consists of a 3D-printed case). The creation of this part that simplifies 70 different parts into just 2, with an 11% total reduction in mass, even improving the functionality of the same part in the transmission chain, which has the achievement of reducing the rpm from the engine to the propeller.

Finally, networking plays a key role from development to application of futuristic technologies. Avio Aero coordinates the GE Aviation teams, members of the Federated Europe Engineering team, which exchanges skills and knowledge, especially on certain European level programs: so the British at Dowty Propellers are working on noise reduction technologies,  Aviation Advanced Technology in Munich is working on the high pressure ratio compressor, the EDC in Warsaw and GE Aviation Czech is contributing as GE's European Headquarters for turboprop engines.

"With regard to networking, the support of research centers and universities is very important, especially during the testing phase, as well as the talented contribution during the development phases, ", explains Enrico Casale, New Technology Introduction Portfolio Manager for Avio Aero.

"For MAESTRO, our Turin Additive Lab at the Polytechnic of Turin has made a significant contribution, and is increasingly becoming a place where not only is the additive production process rapidly prototyped and matured, thanks to the presence of both DMLM and EBM machines, but TAL has also become a certified site for 3D printing components that can be mounted on engines destined to fly. A virtuous collaboration between industry and universities."

Collaboration with universities that fosters and encourages talent as well as innovative technologies is part of both the GE and Avio Aero DNA, as it is witnessed by this story of mutual discovery.