The inauguration has taken place of Technology Biennial, the event organised by the Polytechnic University of Turin which, following the success of the Technology Festival of November 2019, proposes a broad cultural and civil reflection upon the relationship between technology and society.

From 12 to 15 November, more than 260 speakers from all over the world will take turns during the more than 140 meetings distributed throughout four main locations (the headquarters of the Polytechnic, the Valentino Castle, historical seat of the University, the Circle of Readers and the Royal Stables, which hosts the meetings organized for Technology Biennial by the University of Turin) and other spaces in the city used by the partners of the Biennial.

The title of the first edition of Technology Biennial is Mutations - For a sustainable future: Mutations understood as physical changes, the transformation of the environment around us, but also changes in perspective, new scenarios, not only technological but also economic, social and cultural, to be designed by reflecting on the necessarily more sustainable world that we will have to build. And in this projection towards the future, technology is a factor of crucial importance, to be addressed in taking into account the needs of the community as well as the planet.

All events are visible online, testifying to the value of digital technology even during difficult times like this “We are in fact deeply convinced of the cultural value of an event of great importance like this - states the Rector of the Polytechnic of Turin, Guido Saracco. In a complex historical moment such as the one we are experiencing, it takes on even greater significance: cultural reflection upon sensitive issues such as the development of technology and its relationship with society seems to us to be a right to be protected even more today, when the world in which we live has proved to be so interconnected and the protection of sustainability, understood in an environmental, but also social and economic sense, has become so fundamental”.

A moment of the inaugural press conference at Politecnico di Torino.

It is precisely on the founding values of this first event – technology, humanity and sustainability – that Avio Aero, sponsor of the event together with Lavazza and the main partners Iren and Intesa San Paolo, will take part.

“The year we are experiencing will leave its mark: because it has accelerated the dynamics of adaptation to digital technology and has fuelled potentially lasting cultural mutations. It probably reconfigures social organization, the structure of cities, relationships between people and generations,” says Luca De Biase, the prestigious signatory of Il Sole 24 Ore and scientific curator of the event.

“Schools, hospitals and offices are confronted with a new awareness. The functions are decentralized and spread more widely across the territory. The goal of resilience exceeds that of efficiency. And the family home takes on a new role in this context. Under the conditions of the past, the physiological generational fracture had turned into a pathological incommunicability. But physical proximity has opened unexpected doors. Which can be crossed when all generations welcome the central objective of contemporary humanity: to build a sustainable project for life.”

"The household's physical proximity has opened unexpected doors which can be crossed when all generations welcome the central objective of contemporary humanity: to build a sustainable project for life”

Avio Aero's sustainability comes through technology, which is intrinsic to the aeronautical sector. On the occasion of the Technology Biennial, the company's commitment - present and future - to aeronautical sustainability was recounted in the Biennial OFF program, organized by the Industrial Union.

A commitment made up of ambitious challenges which, however, as described by Gian Paolo De Poli, Enrico Casale and Paolo Calza, Avio Aero has decided to undertake for some time now, working on futuristic architectures that could revolutionise the world of flying.

All this passes through research and above all through collaboration with the University, the true think-tanks of revolutionary ideas. For this and many other reasons, Avio Aero has been working for several years alongside academies - such as the Polytechnic of Turin - and together with them builds international networks in order to accelerate research and promote knowledge among students and beyond. 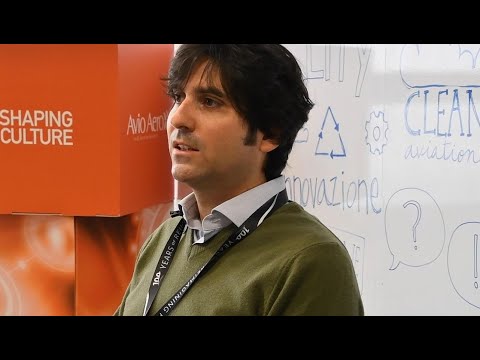 "The hope is that the proposal can turn attention not so much towards the appearance of what is happening on the net, day by day, in a spectacular and to some extent hypnotic way: but above all on the structure of the complex system that generates technological innovation and the sense that emerges from it. To grasp it not as a fact, but as a dimension around which critical sense can be exercised," continues De Biase. "Because human life develops within the framework of eco-cultural niches and evolves in adapting to those niches or modifying them: and it is unwise to let this dynamic happen without a shared discussion. But for this to happen we need meeting places where we can share information from which to generate qualified opinions. We hope that the Biennial can become one of these places."

The Biennial and its event are going to be for all this weekend long, but the good news is that it will be an event that will be repeated - precisely - every two years in alternation with Democracy Biennial, organized by the University of Turin.

On the International Day of People with Disabilities, special guests at Avio Aero cast inclusion in a different light during a dedicated webinar open to all employees.