European propulsion on the horizon

Two aircraft of the future and their innovative engine architectures described by members of the European network of technological collaboration which is already conceiving them.

“What excites me most is the idea of working on engine configurations that will see the light in future decades... It means having the opportunity to define what the aircraft of the future will be and figure out how the company will benefit or change thanks to new technologies.”

Jesús López Ruiz is the Preliminary Design Technical Leader of Avio Aero. As both his name and the cadence of his speech suggest, Jesús is Spanish. He graduated in Engineering from the University of Madrid, continuing his Master's studies in Valencia and Cranfield (UK). His profile is certainly suited to following the aeronautical engines research project not only because it is exciting, but also because the platform on which the project resides is populated by many international companies. “I have worked in several countries: Spain, Great Britain and then Italy as a base, and have frequently travelled to many other countries.” Talking about the importance of the project he follows, Jesús explains that when we think of a research project at European level, we should try to envisage the real values that Europe has created. “It is a project that involves a plurality of European nations but also of engineering experiences that feed on each other, creating a huge project that we can truly call European. And it’s with IRON that I can see what Europe means: a winning team made up of different minds and cultures!”

The project we are talking about is called IRON (Innovative turbopROp configuratioN), part of the Clean Sky 2 platform. IRON's aim is to drastically reduce the fuel consumption - and therefore environmental impact - of future regional aviation by reducing noise levels, CO2 and NOx emissions. 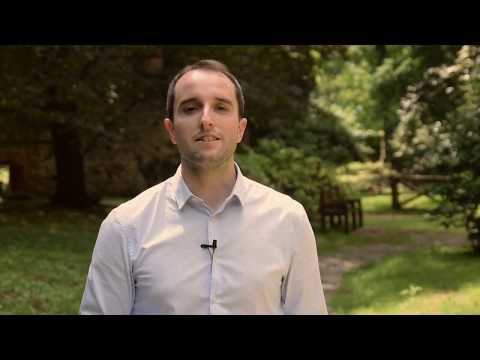 The project has two primary objectives: two aircraft - with their engines - which are expected to enter into service within a period ranging from 2025 to 2035. Avio Aero - and Jesús - is the leader of the work team for the engine part, responsible for integrating the engines that will be installed on the aircraft. Construction of the aircraft, however, is lead by another Italian company: Leonardo is responsible for setting the performance targets for the aircraft and engines required by the project.

GE Aviation and Dowty Propellers, GE's British business, collaborate in the engine team. IRON is a particularly complex project which, as mentioned above, has two objectives: the first is the development of a project for a regional aircraft with around 90 seats (the first flight is scheduled for 2025), for which a new generation of turboprop engines is being designed. And it is with this turboprop engine that Dowty comes into play. World leader in the design and manufacture of composite bladed propeller systems (used on board legendary aircraft such as the C130J Hercules or Bombardier Dash 8 amongst others), Dowty aims to develop special propellers with low noise design features.

Jimmy Barnard, Product Strategy & Technology Integration Leader for Dowty explains, “Technologies under development on the IRON program specifically related to the propeller system are focused on low noise design features”. He adds, “the IRON propeller design is looking to reduce both cabin and community noise to the lowest possible for future next generation turboprop aircraft”, also underlining that the collaboration with Avio Aero on this project is extremely important for Dowty since the propulsion solutions developed will benefit important customers.

The second objective of the project is the development of an engine for a 130 passengers aircraft (expected to be in service by 2035) that comprises a significant number of technological innovations. For this second product, GE Aviation’s team in particular is collaborating on the study of a propulsion system based on GE’s Unducted Single Fan Engine. “It's an advanced turboprop with a more highly loaded rotor and stationary deswirl vanes,” says S. Arif Khalid, Senior Engineer Compression Aero Dynamics for GE Aviation. “In comparison to a turboprop, it has all the advantages of a classic open-rotor engine, such as smaller diameter, better efficiency and ability to fly at higher speeds and altitudes, while being simpler, lighter and easier to certify than its counter-rotating predecessors. It also meets the current noise requirements, with margin for the future, thanks to advanced characteristics of the blades.”

It is important to underline that all the project activities have been developed, and will be developed, thanks to virtual models; in other words, models capable of simulating the behavior of the engines without necessarily having to create objects and consequently test them in the field. And thanks to today's digital technologies - and the fact that simulations have reached high levels of development and reliability - the project has acquired even more value and importance.

We are quite sure of one thing: Jesús’ enthusiasm, the international collaborations within the Clean Sky platform - which has been steering the evolution of aeronautical technology in Europe for years - and the international arena of the top companies in the aeronautical sector enable us to say that these research and development projects are the real innovative drivers for the development of the aircraft, and propellers, that will fly over our heads in the future. All we will have to do is look at the horizon, as impressive results will not be long in coming.

The new university course dedicated to advanced manufacturing has started in one of the best engineering school worldwide, it will take students into the industries of the future.