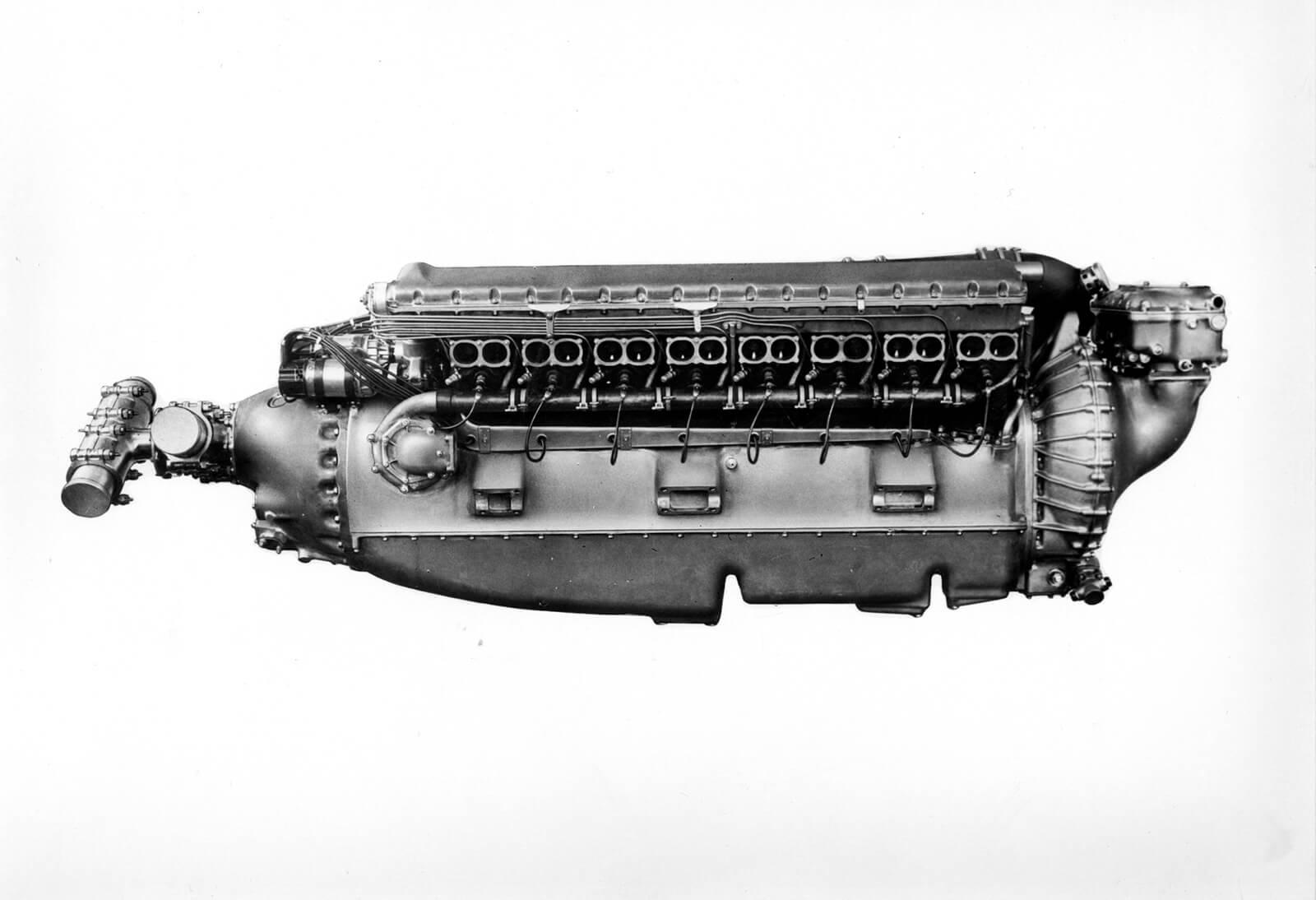 The huge hangars at the Museo Storico dell’Aeronautica Militare in Vigna di Valle (Rome) are full of legendary relics and aircraft, statues and rare artifacts. They look even more magical when they are crowded with connoisseurs and experts of all ages. After having had the exclusive privilege of visiting the museum to revisit Avio Aero’s 110 years and the engines that have flanked the legendary aircraft on display, it was exciting to return on a special day: for the ceremony that involved an infamous prized engine and the company that has always serviced the Italian national Air Force.

The AS.8 is a 16 cylinder, V-shaped, competition engine for aircraft, equipped with coaxial rotors and capable of delivering 2500 hp. It was developed in the 1930s with the aim of achieving the absolute speed record with the CMASA CS15 aircraft. It was the successor of the highly awarded AS.6, which in 1934, aboard the Macchi M.C.72 racing seaplane (originally built for the Schneider cup like a Formula 1 of that time) and set the speed record (still unbeaten) for seaplanes with piston engines.

Compared to its illustrious predecessor, the AS.8 even had technical and performance improvements. There are only two examplesin the world: the development prototype No. 002, built in 1939 and the subject of restoration presented during the ceremony at the Vigna di Valle museum, and another preserved in the exhibition area of the plant in Rivalta di Torino.

"The AS.8 engine represents one of the greatest evolutions in aircraft engine design achieved in Italy in the 1930s: it is very compact, ideal for competition and even more powerful than its designers predicted", says Dr. Giuseppe Genchi, founder and curator of the Museo Storico dei Motori e dei Meccanismi [Historical Museum of Engines and Mechanisms] within the University of Palermo’s Museum System. The Museo dei Motori e l’Aeronautica Militare have worked in synergy on the restoration: "We managed to restore this rare, valuable find to the best conditions, so as to ensure its due and respectable exhibition in Vigna di Valle along with all the other masterpieces of Italian mechanics it houses.

Genchi is also a member of the Scientific Council of the University Museum System and Secretary of the National Cultural Commission of the Automotoclub Storico Italiano (Italian historic vehicles club). It is the latter association that - considering the purpose of the initiative and wanting to expand the cultural and popular aspect - participated in the presentation ceremony of the engine.

The conservative restoration of this competition engine represents one of the most important activities for the protection and enhancement of the historical aviation heritage within the numerous collaborative initiatives between the Mueso dei Motori and the Italian Air Force. "Our experts assisted Genchi with passion. The AS.8 is finally a new jewel in our crown of priceless historical objects, including the Wright brothers’ first aircraft," says LtCol Adelio Roviti, Director of the Museo Storico dell’Aeronautica Militare.

"Following a conservative approach, we decided to minimize the number of parts dismantled, despite this increasing the complexity of the work"

Restoration activities were performed in the aircraft maintenance workshop of the Vigna di Valle museum. One of the most ambitious objectives on the operational side of the restoration was to restore the original appearance of the engine, maintaining the signs of time where possible. "Following a conservative approach, we decided to minimize the number of parts dismantled, despite this increasing the complexity of the work," says Genchi.

Thanks to the painstaking work by Genchi and the team of Italian Air Force mechanical technicians, today the AS.8 shines, right next to its predecessor, AS.6. The latter is accompanied by the Macchi hydroplane and the portrait of Marshal Francesco Agello, the unforgettable pilot who still holds the record. The restoration involved research, analysis of original documents (both production and design) from the time and specific studies on a time-tested metal surface. Fortunately, it was in an acceptable state thanks to restoration activities performed by the Air Force, which still dated back about 40 years.

"The cleaning and restoration operations have given the engine a remarkable general balance of beauty. It is still possible to surmise the patina of time and once again observe the original surface finishes typical of the engines from the relevant historical period," adds Genchi, demonstrating how the efforts of these professionals has been oriented to best combine the needs of exhibition, and precautions due to immobility and weather, with the mechanical and structural integrity of each tiny detail.

It is easy to see how great the satisfaction of those who have overseen a project of this kind is, and not only on the day of its presentation to the public. AS.8 will be there for many decades, in all its glory, to tell a story of avant-garde and innovation that was only at its dawning and that continues into the future, marking technological evolution, from generation to generation. 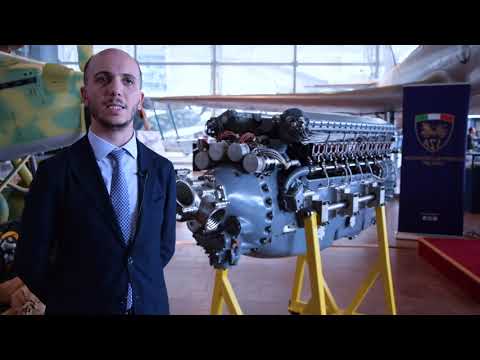