During the fall season, the Venice lagoon could turn into one of the most eldritch movie set. A thick marine fog enfolds the Palladian villas and the Renaissance charm of this world-renowned gem overlooking the Adriatic Sea. La Serenissima, as Venice was nicknamed a couple of centuries ago, was a key hub for the trade and it was the harbor from where the pioneers of ancient global market sailed all the way to the furthest reaches of the East (looking closely indeed, you can see the shape of San Marco’s lion on the Sri Lanka flag), seafarers like Marco Polo.

Marco Polo is also the name of the Venice civil airport, and just a short distance away stands the Leonardo Elicotteri facility. Here in Tessera, just 15 km from the lagoon, stands the industrial area where today the NH90 is assembled and performs flight tests; this is the multi-role helicopter made by the international consortium NH Industries, which includes Leonardo Elicotteri as well as Airbus Helicopters and Fokker. Tessera is one of Leonardo Elicotteri’s eight industrial sites in Italy, and the company runs various other facilities and locations around the world. All these facilities are where the most famous helicopters in the world are born, such as the AW159 and AW101, or the latest generation AW139 and AW169.

More than 300 people work here in Tessera: the area has been around since 1965, when it was home to Officine Aeronavali, and was later reconfigured for helicopters, first becoming AgustaWestland, and today Leonardo Elicotteri. Claudio Stefanelli is a Lead Technical Service Specialist at Avio Aero, and he regularly visits the Tessera facility and knows the people who work there very well. 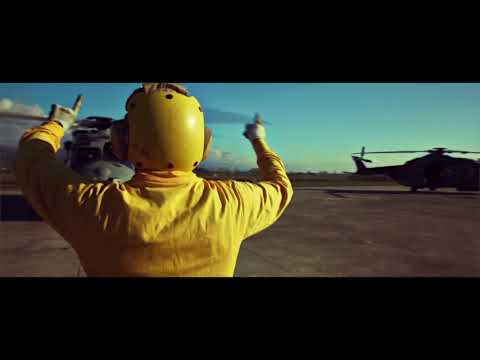 It’s a foggy October morning of that kind, and Claudio arrives at the NH90 assembly line with his 30 years’ experience, and around 1730 flight hours as Helicopter Flight Test Engineer (especially those equipped with the GE T700 family of engines). There are also countless collaborations and preparations carried out for the NH90 helicopters made at the Leonardo Venice location. “In fact, along with the whole team of Brindisi technicians, my colleagues Sante, Saverio, Antonio, Damiano and Rocco, we also work at the military bases of the customer end user, or at airports around the world,” explained Claudio.

Indeed, the NH90 version selected by the Italian Army and Navy, as well as various foreign armed forces, are equipped with two renowned T700/T6E1 turboshaft engines. This model is part of the T700/CT7 family of helicopter engines, developed by GE Aviation in the 60’s, and which came into service in 1978 on the legendary Black Hawk, chosen by the US Army and Navy as well as other manufacturers, such as Bell Helicopter, Sikorsky, Boeing and, of course, Leonardo Elicotteri.

Avio Aero, in addition to taking part in the development and design of the engine alongside GE since the 60’s, is responsible for the design and production of the accessory gearbox and the low-pressure turbine, holding 60% responsibility for the engines destined for the Italian Government. “Our assembly line includes six stages of operation, at the end of which we run ground and flight tests,” explains Gabriele Straulino, Production Manager at Leonardo Elicotteri, Tessera. “Ground tests are especially important for customer delivery, whereas flight tests focus on performance. This is the moment where the presence of Avio Aero is key: when your technicians and engineers are here for testing, this is when we come to realize the degree of power such a compact engine can express. A true concentrate of technology.”

Claudio echoes the sentiment, as he quickly lists the engine’s impressive features: “The T700/T6E1 is an engine that generates a power of 2500shp. At the Tessera facility, we provide technical support: for instance, the introduction of Service Bulletins, assistance to Leonardo Helicopters during the helicopter’s first ground runs, and so on. Additionally, our support is of key importance during the helicopter’s acceptance stage by the Armed Forces, which is precisely why we’re service partners during the engine’s operating life.”

“Our helicopter’s performance is strictly tied to the reliability of the T700/T6E1 that Avio Aero provides us,” concludes Straulino. “We’ve been working together for a very long time, and this allows us to enjoy an efficient relationship with the personnel, who come here to provide us with technical support.”

Listening to both of them, there’s a desire that this long-lasting cooperation continues to grow stronger, with a single shared goal: to understand the customer’s needs in complementary and synergistic terms. All with the knowledge that, in the end, the final customer is the determining everyone’s success.

Among the 3D printed components that make this engine unique, one of them, or actually three, integrate high tech and thermal capabilities into a very small space.