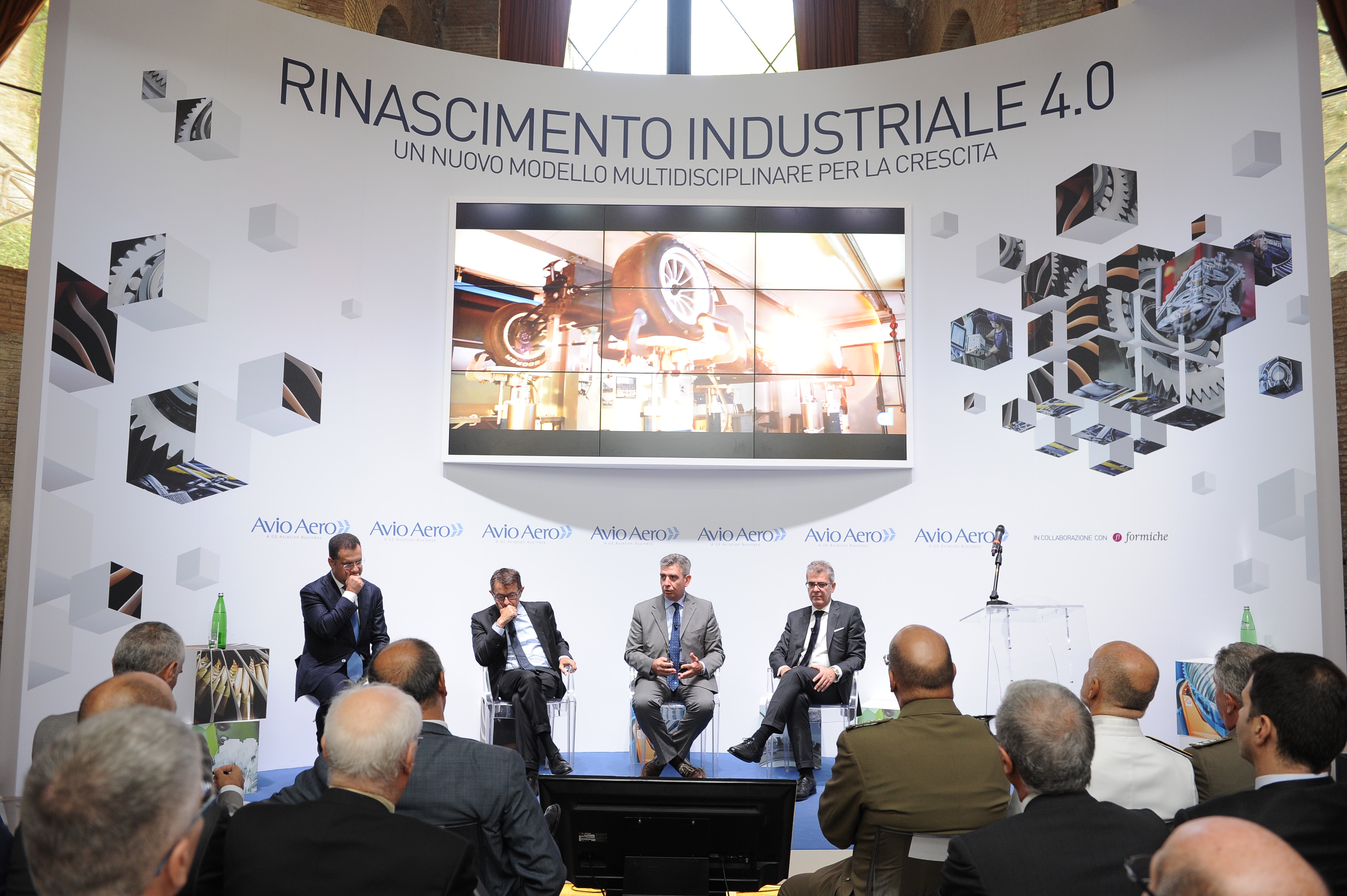 Great success in Rome for our conference, Industrial Renaissance 4.0

Our conference, dedicated to the fourth industrial revolution entitled “Industrial Renaissance 4.0 – a new multidisciplinary model for growth”, was held in Rome on 22nd September. Those present included the Minister for Economic Development Carlo Calenda, the Minister for Defence, Roberta Pinotti, and our President and CEO, Riccardo Procacci.

The meeting was a chance to take stock of the tools made available by the institutions to support this change - incentives to invest in technology and research in the digital domain up to and including targeted training for which universities have a decisive role. Present to discuss these themes were Mario Calderini, advisor for Political Research and Innovation of the Ministry of Education, Sandro De Poli, President and CEO of GE Italy and Israel, Andrea Pontremoli, CEO of Dallara Automobili and Marco Taisch, lecturer from the Polytechnic University of Milan and President of the World Manufacturing Forum.
In order to raise productivity and competitiveness within the industry, “we need to exploit the opportunities offered by digitalization. Not following that path means being excluded from future markets without even being aware of it” stated Procacci during the meeting. And it is precisely for this reason, that Avio Aero has undertaken a simplification and renewal process which goes in this direction.
It is a path which represents “a decisive lever for the success of all initiatives to support innovation and, in particular, Industry 4.0 in Italy,” said Procacci, underlining however that what is lacking in the present economic system “is confidence in being able to run significant risks. A trust that must be rebuilt so that the scope of any action in support of this transformation can be amplified.”
For Minister Carlo Calenda, the challenge of Industry 4.0 is all about SMEs. Calenda explained that the government's plan is free of "dirigisme" and offers tax incentives. “I do not think that industrial policy today can be carried forward by sitting around a table and identifying specific objectives, telling companies what investments to make and which technologies to focus on. This is what we did in the past, with the result that many public funds were used incorrectly, or are not used at all. The Industry 4.0 plan does not involve incentives by bid” - he continued - “but 13 billion in tax incentives for private investment that companies can enter on their budget immediately, without the need for any ministerial authorization. Tax credits, depreciation and super depreciation, (with the exception of investments in R&D which are considered for 4 years) are operational for companies in 2017, but the fiscal impact will go forward into future years.”
The Industry 4.0 plan is an essential tool in particular in supporting SMEs which find it more difficult to become digital companies. Italy is making an important entry into the digital world and this is key to achieving higher productivity standards.
“We have also focused - concluded Calenda - on what already exists and what is already working: for example, the Central Guarantee Fund, which guarantees 15 billion in loans, extending the temporal and financial scope. Another important tool is that of development Contracts, aimed at medium-large enterprises.”