“In the military context, unmanned aircraft have been a major asset at the disposal of the armed forces, and a constantly expanding one, for at least a couple of decades. We are sure that soon the technologies successfully used today in the defense sector will be applied in commercial aviation, starting from the cargo segment, with operating solutions which would be unconceivable today. Naturally, Avio Aero is ready to play its part in this new development, and to add its technological know-how and its internationally acclaimed innovative capabilities to the mix."

It was with these words that Riccardo Procacci, President and CEO of Avio Aero, welcomed guests to the fifth edition of the “Unmanned Cargo Aircraft Conference”, held a few days ago at the Avio Aero headquarters at Rivalta di Torino, Italy. Industrial concerns, operators, research institutions, consultants, system integrators, logistics firms, government organizations and airworthiness authorities exchanged ideas on the best way of encouraging synergies and gaining a clearer understanding of the major development about to take place in the industry. 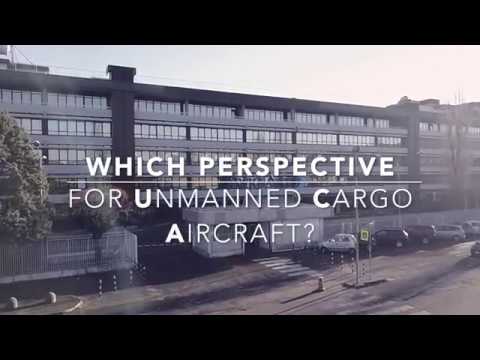 The business models for unmanned aircraft, and a detailed look at the specific features of UCA businesses and their specific configurations, were just some of the topics covered. But that was not all. Attention was also turned to regulatory aspects, the impact on public opinion, industrial partnerships and the opportunities this market can offer.

“Unmanned cargo aircraft have the potential to significantly transform the way goods are transported around the world," pointed out Paolo Salvetti, Sales Director & Product Growth Leader at Avio Aero; the conference saw specific debates on the question of ‘Large UCA, Unmanned Cargo Aircraft’, meaning aircraft capable of transporting payloads from 1 to 10 tons. These aircraft offer significant benefits compared to the cargo planes of today, in terms of both operating costs (the air crew currently accounts for 30% of an aircraft's operating costs) and operating flexibility (load factor) but the aim is not to replace existing cargo aircraft on a 1 to 1 basis, but rather to complement them by offering alternative business models (e.g. the connection of remote areas not currently served) which would be unthinkable today. The capabilities are already available: what remains to be done is to align and coordinate all the stakeholders and overcome an inevitable initial skepticism. And Avio Aero is in the front line in this new challenge, destined to revolutionize the entire aviation industry in the next 10-15 years."

Cover image is courtesy of the Plaform for Unmanned Cargo Aircraft